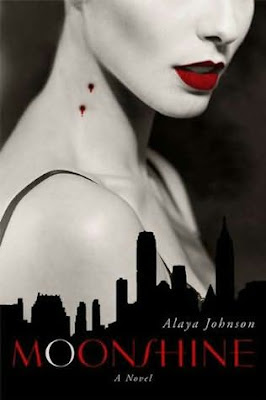 or RT BOOK REVIEWS second Seal of Excellence recipient, the editors choose Moonshine by Alaya Johnson. This tale set in 1920s New York is a seamless blend of historical romance and urban fantasy. If you are only going to read one book this month, our staff agrees you should take a chance on Johnson.

RT Managing Editor Liz French loved the world building in Moonshine, the oppressed minorities including vampires shapeshifters and even a golem. Mostly she was impressed by the "shades of gray - the bad guys had some good pints and the good guys had some bad points. It was nuanced," she raves.

Stephanie Klose, RT's senior editor and reviews coordinator, had this to say about her favorite parts of Moonshine, "everything Liz said" hits the nail on the head.

RT Assistant Web Editor Whitney Sullivan loved the "quirky and civic-minded" heroine Zephyr Hollis, a young woman who is determined to better the circumstances of all the opposed groups, immigrants, women, and vampires alike. As Zephyr campaigns for social justice throughout the city she wins the hearts of her fellow characters. And Whitney warns, "don't be surprised if you fall in love with Zephry as well." Further kudos to Johnson for deftly handling Zephyr's interracial relationship while never shying away from the issue of prejudice. It is rare to find so much civic-activism packed into such an enjoyable read!