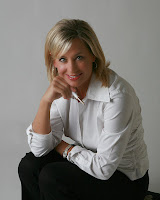 In November 1960, Hill, who had been on President Eisenhower’s Secret Service detail, wasn’t looking forward to his new assignment—which he viewed as a demotion—of protecting Jacqueline Kennedy. But a disappointed Hill soon realized he was actually serving the president “by protecting the things that were most important to him, personally—his wife and his children.” Hill was completely won over by the first lady’s spontaneity, curiosity, sincerity, and joie de vivre. He accompanied her to Greece twice; on the first trip, in 1961, he was under strict if baffling instructions from JFK to keep his wife away from Aristotle Onassis. Hill was with Mrs. Kennedy on a Virginia hunt where she flew headfirst over her horse and a rail fence, through the death of infant Patrick and in Dallas when the president was assassinated. Hill is close-mouthed about JFK’s infidelities. His book is most valuable for his perceptive recall of the daily routine and problems faced by the Secret Service detail. This is a worshipful, competent insider’s glimpse of a matchless first lady whose diplomatic skills and glamor enabled her to do the unthinkable: briefly wrest the Mona Lisa from France. Photos. (Apr.)