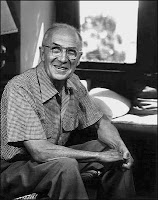 William Carlos Williams (September 17, 1883 – March 4, 1963) was an American poet closely associated with modernism and imagism. He was also a pediatrician and general practitioner of medicine with a medical degree from the University of Pennsylvania School of Medicine. Williams "worked harder at being a writer than he did atbeing a physician" but excelled at both