Jaime Suchlicki and The Institute for Cuban and Cuban-Amercian Stuides Host a Book Presentation for My Cuba Libre: Bringing Fidel Castro to Justice November 12th 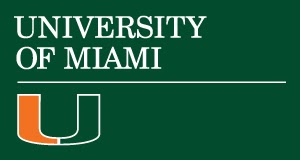 This book is the author’s very personal story of his lifelong battle to remove the dictator from power and bring democracy to his homeland.  Fowler exposes the monstrous actions of the Communist Party of Cuba and makes a firm case for indicting Castro for crimes against humanity.  My Cuba Libre attacks the status quo that has allowed Castro to remain on the world stage.

INTRODUCTION:    Jaime Suchlicki, is the Emilio Bacardi Moreau Distinguished Professor of History, Editor of the Cuban Affairs Journal and Director of The Institute for Cuban and Cuban-American Studies, University of Miami.  Author of several books including Mexico: From Montezuma to the Rise of the PAN; Cuba: From Columbus to Castro, and Breve Historia de Cuba.

COMMENTATOR:  Guy A. Lewis, former U.S. Attorney who prosecuted the five Cuban spies in the Brothers to the Rescue murders.  Mr. Lewis served as an Assistant United States Attorney for more than 15 years. He has been involved in many notable cases, including US v Noriega, La Red Avispa, and the ValuJet prosecution.  He served as United States Attorney for the Southern District of Florida from 2000 to 2002, and then was elevated to the Director of the Executive Office of United States Attorneys in 2002. In 2004, he left government service, where he now serves as a founding partner in the Miami law firm of Lewis Tein, PL.


Mr. Fowler is the founding partner of the international law firm, Fowler Rodriguez with offices in New Orleans, Houston, Miami, Mobile, Gulfport, Bogota and Cartagena, Colombia, and is recognized internationally as a trial lawyer.  The firm is known as one of the top maritime and international law firms in the country.  Mr. Fowler is founder and chairman of the Tulane Latin American Law Institute an organization devoted to stamping out corruption in Latin America.  He is also the founder, President and Board Member of the New Orleans Hispanic Heritage Foundation, Louisiana’s premier Latin American organization which has awarded over 500 scholarships to worthy Hispanic students.

Mr. Fowler serves on the Board of the World Trade Center, Metropolitan Crime Commission, the New Orleans Police & Justice Foundation, and on the Executive Board of the Boy Scouts.  Mr. Fowler served as Chairman of the International Section of the Louisiana State Bar Association and of the Admiralty and Maritime Committee for the Section of International Law and Practice of the American Bar Association.

The book will be available for sale during the event.
It can also be purchased through Amazon.com in print or eBook.