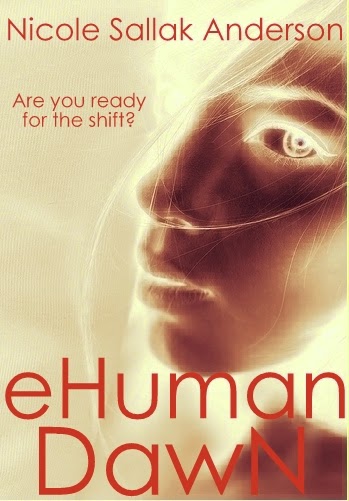 An Enthralling Entertaining Credible Futuristic Tale That is Well-Written, Believable and Fast-Paced! Enjoy This Awesome Novel!
By
Tom McGee "Tom"


I purchased Nicole Sallak Anderson’s eHuman Dawn based on the review of an Amazon Vine Program reviewer and am glad I did. While it is not a genre that I am normally attracted to, I thoroughly enjoyed this entertaining futuristic tale written by a computer science graduate.

This gripping tale is set in the year 2242 in an age where technology, world government and life as we know it on an entirely different level. Some two hundred years earlier, mankind invented a method of capturing the essence of humanity and uploaded individuals into nearly invincible esthetically perfect manmade bodies making individuals nearly immortal. The great shift has taken place and people no longer have the need to eat and drink. Disease and physical ailment is a thing of the past.

The catch is that once uploaded the individuals memories and identity of their past lives is erased and they need to be recharged every other day on a global network that monitors thoughts during the process.

As the story unfolds, we learn that some, including a dozen or so world leaders have retained their identities with one ruthless sociopathic dictator controlling all of humanity through his secure worldwide power grid.

Dawn, the first ehuman has formed a growing resistance group over the ages that has found a way to avoid the power grid and is bent on freeing mankind from the dictators influence.

This captivating 266-page tale is an entertaining quick and believable story that incorporates human greed, motivation and manipulation in this thrilling adventure.

If you are looking for an imaginative well-written tale that will entertain you at the onset through the last page, THIS IS IT!