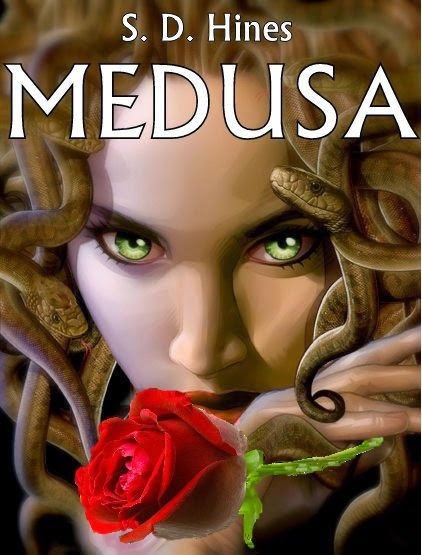 (Heroines Of Classical Greece Book One)

Despite a semi-miraculous birth in the temple of Athena, Medusa is nothing more than a devoted priestess of the goddess, distinguished only by her beauty and piety. But after she is raped by the god Poseidon, her entire world is ripped asunder and she flees Poseidon's wrath through ancient Greece and beyond for the inconceivable crime of resistance.

In her wanderings, she encounters dangers and horrors, but also friends in unexpected places. Pursued by Poseidon's fury and his assassins, she is finally cornered in Egypt with only two choices: fight back or be destroyed with all she loves. But her only hope lies with the father of her children, the great love of her life and the man who is prophesized to kill her: Perseus.


As suggested by the title, Medusa is the tale of the classical Greek creature of myth. But in this exciting and heart wrenching version of the story, we meet Medusa the woman. Medusa, who was attacked by a god and then forced to flee for her life for fighting back. Medusa, brave and strong and doomed to die by the hand of the only man she ever loved.

From the island temple in which she was born, to the distant land of Ethiop, Medusa's travels bring her in contact with numerous figures of Greek mythology, as well as the mythology of Egypt.

Medusa is a story of love and vengeance, of two people who come together time and again, only to be separated by circumstances beyond their control. Medusa the character is an amazing woman who retains her grace and selflessness despite the cruel hand life has dealt her. A warrior and a healer, Medusa sacrifices all she holds dear in order to protect innocent lives from the wrath of Poseidon.

It's nice to read a story that speaks of Medusa as something other than a monster. Her story is a sad one, but not without its triumphs. There were times when the transitions between scenes were a little choppy, and some scenes could have been better fleshed out to be more immersive, but for the most part I found this to be a very entertaining story. It held my attention and in the end left me feeling more than a little distraught at the way things turned out. But not every story can end with Happily Ever After, and though the conclusion of the story is in most parts a sad one, it fit the story perfectly.