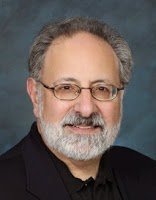 There’s a great moment in the classic film Key Largo, when gangster Edward G. Robinson is asked—given the extent of his wealth and power—what he could possibly still want. “More,” he famously answers.


Or take monologues. Unless used sparingly, and with a definite intent, a monologue in a film or TV script can often make the character just seem wordy. (Exceptions abound, of course. Such powerhouse writers as Paddy Chayefsky, Rod Serling and Quentin Tarantino come to mind. And even they occasionally fell prey to mere self-indulgence.)

Email ThisBlogThis!Share to TwitterShare to FacebookShare to Pinterest
Labels: Dennis Palumbo, Enough: How Not to Over-Write, Guest Post, Hollywood On The Couch, Psychology Today