Guest Post: My grandson just uttered his first word, and it's not what we expected by Jerry Amernic 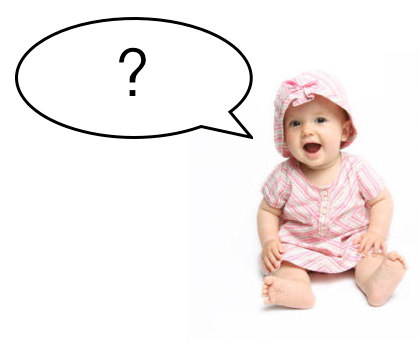 My daughter has a one-year-old. His name is William, he’s a cute little guy and we all love him to death.

He has dimples in his cheeks when he gives us his four-tooth smile (two uppers, two lowers). The week after his birthday he did two things for the first time: He walked by himself, and it was something to behold – a cross between Frankenstein and Jimmy Cagney – and the other thing he did was utter a word, but it wasn’t Mama or Dada.

Here’s the story. In our dining room we have this pendulum wall clock, and every time it gongs, William takes note. If he is visiting us at noon and hears 12 gongs, he sits up, completely mesmerized, with his mouth ajar, until the string runs out. He doesn’t even blink. If he’s in his high chair in the kitchen and we ask, “Where is the clock?” he knows where to look and sometimes he points to it.

The other day he finally said it. Clock. It was his first word, only he didn’t quite capture the consonant blend, and so, it came out minus the “l”. Kapeesh?

Now, of course, he’s saying it all the time and my daughter, his mom, is beside herself. She has a book where she records such things as his height and weight at birth, when his first tooth appeared, and his first word. But she is still leaving that one blank.

I am sure he says it when she’s out shopping with him at the grocery store. Or when they visit the other grandparents. Or when they have friends over to the house. It must be embarrassing.

I play old-timers hockey with the guys. The thing about men’s hockey leagues is that when you’re in your 20s and 30s, dressing-room talk is always about women – wives, girlfriends, barmaids. In your 40s, it’s about family and kids. In your 50s, colonoscopies and other bodily issues are the rage, so any opportunity to inject humour into the proceedings is welcome.

When we were getting dressed for a game the other night, the guy next to me, a big defenceman who happens to be a police officer, announced that he just became a grandfather. After offering congrats, I mentioned this little story about my grandson.

Could you imagine? It got me thinking. Can a one-year-old be charged with creating a public disturbance?

I should ask Bob, he’s a cop. But no. I’m sure that a little kid can’t be charged with anything. But the adult who’s running the show certainly can, and that goes for mothers, fathers and grandfathers.

Since I’m the one who got him interested in that wall clock by making a fuss whenever it gonged, I feel responsible, and now it’s obvious that I created a monster.

Because of me, William says “clock” (minus the “l”) when you shove your watch in his kisser.

Because of me, he says “clock” (minus the “l”) when you put him down to play with that Fisher-Price toy that has the round face with the big hand and little hand on it.

Because of me, he says “clock” (minus the “l”) whenever he sees any kind of clock at all.

On his last visit to the house I spent a lot of time with him. We were both looking at his parents’ wedding portrait hanging in the hallway.

“Mama,” I said over and over, pointing to my daughter.

Nothing. Not even a glimmer of recognition.

Just then the pendulum wall clock in the dining room issued a single gong, signifying arrival of the half-hour.

“C[l]ock!” William said out loud, turning to the sound. It was as clear as the proverbial bell.

Satisfied, he smiled from cheek to cheek, dimples and all.


Orginally Posted on The Globe and Mail

Email ThisBlogThis!Share to TwitterShare to FacebookShare to Pinterest
Labels: and it's not what we expected, Guest Post, Jerry Amernic, My grandson just uttered his first word, Story Merchant Client