"I know of no other book as good."--John Gardner 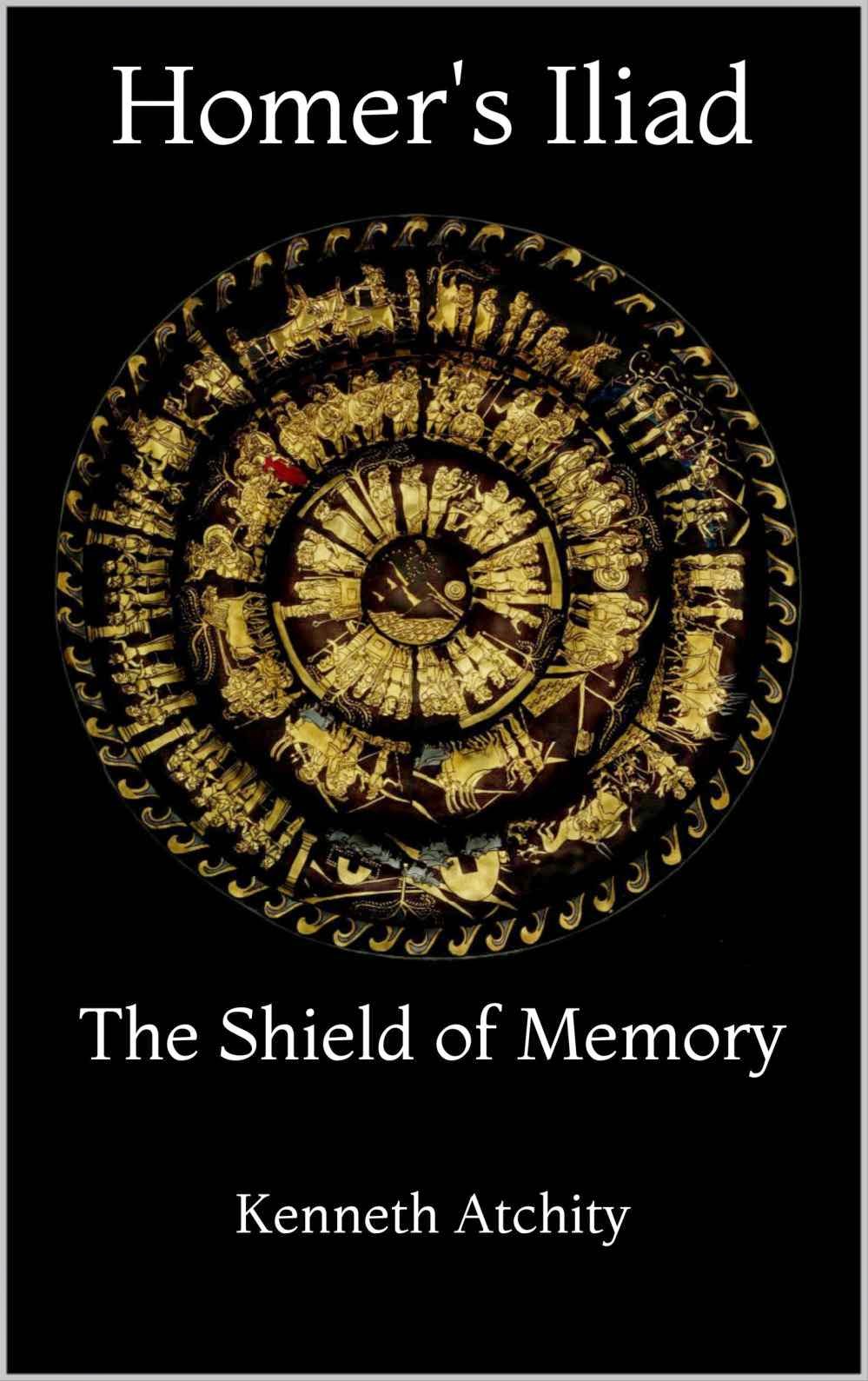 During the past quarter century the study of classical literature, and of Homer in particular, has gone through something like a revolution. Part of the reason for the new look at Homer was something called "the Homeric question"—really a cluster of questions, all of them more or less wrongheaded but important nonetheless: did Homer compose orally, making up his poetry on the spot, brachiating from formula to formula ("swift-footed Achilles," "Hektor of the shining helm"), or did he use writing and achieve his majestic effects by means of revision, like an ordinary mortal? Was there ever a "Homer" in fact, or were the Iliad and the Odyssey high-class folktales, shaped, expanded, modified through a long process of folk or court tradition? What makes such questions seem wrongheaded is of course the beauty and intellectual density of the poetry. The Yugoslavian oral poets whose practice set off "the Homeric question" were interesting people and occasionally achieved rather interesting effects, but even the most sympathetic critic must admit that their work is feeble, almost silly beside Homer's. Homer, we know, was free to write, instead of compose orally, if he wanted to. We have no evidence that he was, as tradition claims, blind, like his own fictitious bard Demodokos, in the Odyssey; and even if he was blind, he could easily get someone else to write his words down and read them back to him, as did John Milton. More important, common sense would argue, it was at about Homer's time that writing came back into general use. The rediscovered tool made someone like Homer practically inevitable. Before Homer, heroic lays were apparently all short, usually about the length of a book or two of the Iliad. With the ability to look back, read one's work over carefully and thoughtfully, came the ability to weave in symbols—the connected bow symbolism that runs through the Iliad, the emblems of art Professor Atchity points out, and so forth. When one works out in full detail, as Professor Atchity does here, the imagistic, dramatic, and philosophical structure of the Iliad, it becomes difficult to believe that the poem is anything but a work achieved by the process of writing and revising.

To say that a thing is difficult to believe is of course not any sort of proof. Scholars for some reason devoted to the notion that Homer composed on his feet, like a Yugoslavian bard or the traditional black American minister, point out Homer's fondness for traditional formulae (though they cannot seem to agree among themselves about which formulae are traditional), and they ask, shaking their fingers at us, "Why would Homer use formulae if he was writing with a pen and had no need for them?" That is easily answered: poets before Homer—oral poets—had used formulae; he was imitating their methods, merely for tone, or out of love and respect, much as modern ministers occasionally say, for love of their tradition, "Brothers and sisters we are gathered this day." But this too is merely a plausible answer, not a proof.

The more one works at the Homeric question the more annoying it gets, but for all that, the raising of the question has been wonderfully beneficial. Though some scholars have made the question a stumbling block, refusing to listen to even the most reasonable and obvious readings of Homer's verse on the grounds that no man composing on his feet—and certainly no tradition of oral composers—could possibly be so subtle, the best of our scholars have responded to the question by looking more closely than anyone ever did before (at least in print) at the structure and texture of Homer's poetry. Finally, of course, it makes no difference whether Homer composed on his feet or at his desk, or whether Homer was one man or twenty—though we all have our opinions and may incline to think contrary opinions rank foolishness. The only important Homer question is: How do the Iliad and the Odyssey work? How tight are the poems? how beautiful? how profound?

As if "the Homeric question" had never been raised, Professor Atchity raises these more important questions about the Iliad, then answers them. He proves what we all suspected all along, that the poem is a brilliantly organized work, philosophically profound, perhaps the noblest work of art produced in the entire tradition of Western Civilization. His method is close analysis, tracing particular images and themes throughout the poem so that the general reader, not just the Homer specialist, can return to the poem and experience it more richly. I know of no better introduction to this splendid poem. In fact, I know of no other book as good.
Kenneth Atchity is an associate professor of comparative literature at Occidental College. He has written and lectured on subjects ranging' from Homer to Wallace Stevens, wrote the libretto for a sinfonia cantata, In Praise of Love, produced at Lincoln Center in New York, has published numerous poems, a collection of essays on Spenser, a collection coedited with Giose Rimanelli, on Italian literature, and is presently editor of CQ, contemporary quarterly: poetry and art.

"Homer’s Iliad: The Shield of Memory contains many brilliant insights. The poet knows that the “world of the remembered past” and the contemporary world, though chronologically distinct and substantially different, are both comparable in their reflection of continuing human experience. The Iliad is about man in the generic sense, and Kenneth John Atchity’s profound study fully respects Homer’s fundamental human concerns." —Professor John E. Rexine, Dana Professor of the Classics, Colgate University,

For too many decades, academic classicists removed Homer from the mainstream reader's grasp with their claims that poets composing in the "oral tradition" are incapable of intentional organization. Instead, Atchity believes, metaphorical organization was introduced to the literate world by these "singers of tales."

The theme of the Iliad, Dr. Atchity points out, is the relationship between order and disorder, from the personal to the cosmic levels. Homer’s poem, crafted from a memory so strong it created a culture around it, proclaims that once order has been disrupted by disorder it can be restored only through the total destruction of all disorderly elements.

To reveal the Iliad’s guiding aesthetic, Atchity examines specific images connected with artistic creativity in the Iliadic world—artifacts such as shields, spears, and scepters, that form a cohesive symbolic pattern by which the character of men and gods is related to action, and one characteristic action to all other actions in the gradually unfolding thematic tension that defines the poem’s world view. Helen’s loom and Hephaistos’ great shield of Achilles, the two central art images, reveal most clearly Homer’s concept of his own artistry and of epic art in general: its origins, process, purpose, and impact on social reality.

Much of Atchity’s interpretation of the Iliad deals with comparing the characters of Helen and Achilles, around whom center “galaxies” of characters and images that can be identified in terms of order and disorder. The historical art of Helen is contrasted with the poetic vision of the smith-god, and both with the art of Homer himself who in his unforgettable wrath-poem combines the particulars of history with universal insight into the human condition which is at once inspired and philosophical.

Atchity examines the poem’s presentation of the art of words, of the singer and of the practiced speaker, to reach a clearer understanding of the relationships of memory, cognition, and action in the epic tradition. From this comes the striking conclusion that the Iliad is a poem about human love, the announcement of Homer’s insight that it is the love between two individuals, a love over-leaping blood bonds and political bonds, that provides the basis for the achievement of the noblest humanity. the imminent fall of one doomed city, and despite the imminent death of Achilles.

Atchity’s reading of the Iliad is of inestimable value to ordinary readers--as well as students of epic poetry, heroic poetry, classical literature, Greek literature, and anthropology.

Atchity was Professor of Comparative Literature at Occidental College. He received his Ph.D. from Yale
John Gardner, editor of the Literary Structure series, was best known as a novelist and poet. His novels included October Light, Grendel, and The Life and Times of Chaucer.