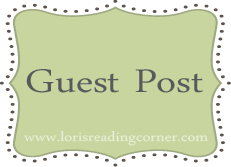 Many years ago – just how many it was I have lost count – I got this idea of writing a novel about the last living survivor of the Holocaust. It lingered at the back of my mind for the longest time, and then one day I started putting the story together.

My character was born in 1939 in the Polish city of Lodz. He was Jewish, of course, but was part of the Jewish ghetto which meant that his parents had to hide him from the Nazis. As a little boy of four he would sneak into the Aryan section of the city, going through the sewers, so he could steal food for his family. And so, I learned whatever I could about the Lodz ghetto, the sewers, and the people who tried to avoid being found.

But eventually they were discovered and the family was sent to Auschwitz, the most notorious death camp of the Nazis. My little boy would survive, the only member of his family to do so, and how he made it out of there would be a tale for the ages. And it is.

It’s in my novel The Last Witness.

But fast-forward to his 100th birthday when he’s living in a seniors’ home in New York City. The year is now 2039 and just about everyone he encounters doesn’t know much about the Holocaust. Some people think the whole thing was exaggerated while others don’t believe that it ever happened at all.

To write a novel like this I made a point of meeting real-life, former child survivors, and to say that each of them has a unique story would be an understatement. But I listened to them and took it all in. I also asked these people if any of them thought that my premise about Holocaust ignorance in the near future was far-fetched.
Not one of them did.

However, a publisher who turned down the book had that sentiment, which gave me another idea. I decided to produce a video. A videographer and I spent an afternoon asking university students what they know about the Holocaust and World War II. You can see the video, if you like – http://youtu.be/CRC_T07dwZo – but believe me when I say that the level of knowledge for the next generation of our leaders is pretty damn abysmal.
And for that I blame the schools because they just don’t teach history the way they did when I was young, which only makes my near-future story more relevant. At least, I think so. Hopefully, you will too. 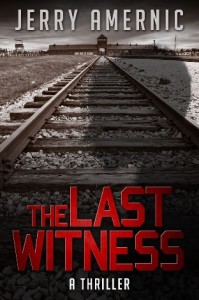 The year is 2039, and Jack Fisher is the last living survivor of the Holocaust. Set in a world that is abysmally ignorant and complacent about events of the last century, Jack is a 100-year-old man whose worst memories took place before he was 5. His story hearkens back to the Jewish ghetto of his birth and to Auschwitz where, as a little boy, he had to fend for himself to survive after losing all his family. Jack becomes the central figure in a missing-person investigation when his granddaughter suddenly disappears. While assisting police, he finds himself in danger and must reach into the darkest corners of his memory to come out alive.