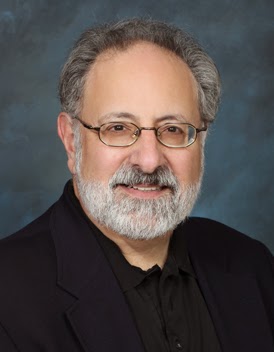 Dennis Palumbo's new smooth-as-silk book with psychologist and Police Department consultant Dr. Daniel Rinaldi—PHANTOM LIMB—will knock your socks off! Page one will hook you… and you won't stop for lunch, dinner or sleep! This new book by Hollywood former screenwriter for bigtime shows grabs you by the throat and does not let you go til the end.

Dennis is the author of a mystery collection, FROM CRIME TO CRIME, and his short fiction has appeared in Ellery Queen's Mystery Magazine and The Strand.

We are delighted to welcome Dennis Palumbo back to Crime Writer's Chronicle today!

Thelma: Is Lisa Campbell based on a real person? Or a composite? You had me by the throat with her first 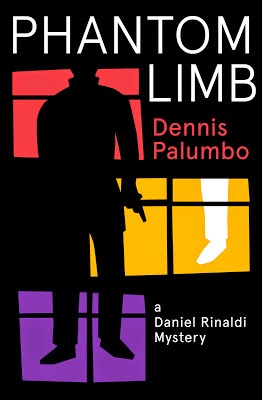 Dennis: Prior to becoming a licensed psychotherapist, I was a Hollywood screenwriter for 17 years. During that time I met a number of women like Lisa—women "of a certain age" who were once young, naive actresses exploited for their looks in less-than-meaningful films. In PHANTOM LIMB, the character of Lisa is a composite of such women, for whom I have both sympathy and respect for the fact that they're survivors. Plus, like Lisa, these women tend to have razor-sharp, expletive-laden tongues.

Thelma: You have the cop lingo and mannerisms down pat. Did you train with the police?

Dennis: No, though I've met with a few police detectives over the years. Mostly what little I know comes from research.

Thelma: As a real therapist do you base your characters on real people? Like Noah?

Dennis: Interesting that you should ask that question, since Noah Frye is the only recurring character who is in fact based on a real person. He's loosely based on a patient I met thirty years ago when I was an intern at a psychiatric facility. Like Noah, this person was a paranoid schizophrenic, but as funny, smart and sardonic as a Vegas stand-up comic. Though the details of his life are vastly different than what I created for Noah, he's the source of my character's rueful view of the world and what is commonly thought of as "crazy wisdom."

Thelma: Your dialog and actions move so well - does it come easily or do you re-write a lot?

Dennis: First of all, thanks! I work hard on making the action sequences flow smoothly, which does entail a good bit of re-writing. This is not the case with dialogue. Perhaps because of my former career as a screenwriter, dialogue tends to come easily for me. Plus I love writing it.

Thelma: Daniel Rinaldi is a complex, intriguing man. Where did you find him?

Dennis: Mostly I just looked in the mirror. Like me, he's from a blue collar, Italian-American family, born and raised in Pittsburgh. He's a Pitt grad, a therapist and a bit of a maverick when it comes to some of the more hide-bound beliefs of the mental health profession. We also share the same sense of humor, and a love for the Steelers. Unlike me, he's a former amateur boxer. He's much braver and more resourceful than I am, too. Most of the situations he finds himself in would have me running the other way. Kirkus Reviews calls him "Jack Reacher with a psychology degree." Trust me, that's not a description that would apply to me!

Thelma: You are a superb wordsmith. Your prose is so vivid. I love "Women… defined by their jewelry." Have you always been a writer?

Dennis: Again, thanks for the kind words. Yes, I've been writing since I was in college and worked for the Pitt News. Even after I came to Hollywood to write scripts for TV and film, I was writing prose, mostly mysteries. Fun fact: the same week I was hired to write on staff at the ABC-TV series WELCOME BACK, KOTTER, I sold my first mystery short story to ELLERY QUEEN'S MYSTERY MAGAZINE. I must admit, that was one of the best weeks of my then-young life, for which I was both grateful and astonished!

Thelma: Why do you write mysteries?

Dennis: I guess because I've always loved them. The first time I encountered them was when I was about 10 years old, stuck in bed with the flu, and my Dad got me a hardbound, illustrated ADVENTURES OF SHERLOCK HOLMES. Believe me, it was love at first sight. I haven't stopped reading mysteries since. On a slightly more serious note, I think I enjoy reading—and writing—mysteries because they combine my two favorite aspects of story-telling: a compelling narrative and an exploration of the human condition. Which is probably why I'm so grateful for my dual career as a therapist and a mystery writer: both jobs involve this same exploration.

Thelma: You have worked a lot in other teams. Do you see yourself as a team player rather than as a solo artist?

Dennis: If I understand your question, you're referring to the collaborative nature of film and TV writing. If so, the truth is that this aspect of the creative process in Hollywood was the one I liked the least. One of the joys of novel writing is that it is a solo effort. Other than comments and concerns from my editors (which have always seemed to me to strengthen my books), as a novelist I get to write what I want, how I want. So, if I'm being honest, I guess I'm not much of a team player: as both a therapist in private practice and a novelist, I like working solo!


Thelma: Why did you choose the term "phantom limb" as a title?

Dennis: Actually, it more or less chose me. As you know, one of the main characters in the novel is an Afghan vet who lost a leg in combat and suffers from the condition known as "phantom limb." Though his leg is gone, he still experiences it as attached to his body. It itches; it feels cold. In my novel, I use the phrase "phantom limb" both in its literal sense as a medical condition, but also as a metaphor for that felt sense of loss we all experience when faced with a trauma like a divorce or the death of a loved one. That sense that the missing person is still "here," still in our lives. When we find we have to remind ourselves that the person is in fact gone.

Thelma: In your opinion, why do many crime writers , often mild people, choose such strong themes?

Dennis: Because we all have operatic inner lives! No matter how calm and appropriate our outer persona, the face we show the world, we have within us deep feelings of grief, rage, and passion. I know, because I've seen it for almost 30 years in my therapy practice. I also feel it within myself. That's why perfectly nice people can write about psychopathology, sexual crimes, and violence. I believe, as writers, we all have the whole range of the human condition within us: in other words, we can envisage everything from a nun to a serial killer. Most good writers let this rich, dark, troubling inner world run free on the page… which, by the way, is where it belongs!

Thelma: Harper Lee once said that writers have to have thick skins. What is your comment on that?

Dennis: The thicker the better! And I say this as someone who survived the slings and arrows of a Hollywood writing career. The hard part is having enough sensitivity to create living, breathing characters that reflect real life… and yet a thick enough skin to tolerate rejection, criticism, and failure. If you're like me, sometimes I walk that fine line pretty well, and sometimes I don't. I recall once, when I was grieving a rejection of something I'd written, a friend said to me, "Look, don't take it personally." To which I wanted to respond, "How should I take it? Impersonally?" I think the best way to handle the ups and downs of a writing career is to just keep giving them you, until you is what they want.


Thanks, Thelma, for asking me to participate in this interview. I hope your readers enjoyed it. For those interested in learning more about my Daniel Rinaldi series, please go to www.dennispalumbo.com

Reposted from The Crime Writers Chronicle