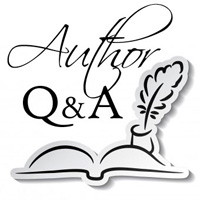 We are delighted to welcome author Jerry Amernic to Omnimystery News today, courtesy of Partners in Crime Tours, which is coordinating his current book tour. We encourage you to visit all of the participating host sites; you can find his schedule here.

Jerry's historical thriller is titled The Last Witness (Story Merchant Books; October 2014 trade paperback and ebook formats) and we recently had the opportunity to spend some time with him talking about it.

— ♦ —
Omnimystery News: Introduce us to the lead character of The Last Witness.

Photo provided courtesy of
Jerry Amernic
Jerry Amernic: My lead character in The Last Witness is Jack Fisher, a 100-year-old man who is the last living survivor of the Holocaust. He is a charmer and most sincere, but tenacious and got that way having been born as a hidden child in a Jewish ghetto in 1939 and then being taken to Auschwitz — and surviving — as a little boy after losing all his family. In short, Jack is a guy who doesn't give up and that's what I like about him.

OMN: Will we be seeing him in a sequel?

JA: Well, when your lead character is 100 years old, it doesn't leave much room for a sequel. But The Last Witness is a standalone book.

OMN: How did you go about finding the right voice for Jack?

JA: Jack is a male and I can't say why exactly, but my last living survivor was always going to be a man. No particular reason. However, another major character in the book is his great-granddaughter Christine and this character was never going to be a male. As for the voice, I find as a writer that the character "grows" into the voice as you write. The character grows inside you and pretty soon that character is writing his or her own dialogue. You are just the conduit.

OMN: The cover of The Last Witness calls it a thriller. Would you agree with that?

JA: I always have a problem with pinpointing the genre. My books are definitely historical, but they are also suspenseful and thrillers. But "thriller" can mean a lot of different things. Maybe it's best to have a look at the reader. My reader knows history and, if I may use such a word, is pretty sophisticated. This reader already knows history, is a student of it, and asks a lot of questions.

OMN: How would you tweet a summary of The Last Witness?

JA: A historical thriller about the last living survivor of the Holocaust caught in a near-future world that doesn't know history.

OMN: How much of your own personal experience have you included in the book?

JA: Every character created is a compendium of both real and imagined characters. And the situations in my book are all real. They happened. They have been chronicled. What I do is take these situations and create characters who twist and turn with the story.

OMN: Tell us a little more about your writing process.

JA: I definitely let the story develop as I write. If there is a plan it's a loose one. Here is what I do. I write and write and write. And keep writing. I go back to the beginning and rewrite. The story evolves and gets developed like a painting or better still, a sculpture. The writer sculpts until the thing is finished.

OMN: How did you go about researching the plot points of the story?

JA: For The Last Witness I made a point of meeting real former child survivors of the Holocaust and hearing their stories. Some of my flashbacks take place in a Jewish ghetto so I read everything I could find about that. Other flashbacks take place in Auschwitz. Same thing there. And with me fact-checking historical flashbacks is very important. I want my story to be authentic. I don't bend history. I had a former child survivor proofread all my flashbacks.

OMN: How true are you to the settings in the book?

OMN: If we could send you anywhere in the world to research the setting for a book, where would it be?

JA: It depends on the next book. I'm currently in the middle of a novel I wrote years ago and it's about the Iroquois Indians. I have already been to all the necessary sites so what I'm doing now is rewriting and making it better. My most recent novel Qumran is largely about the Dead Sea Scrolls and Jerusalem. I made a point of personally visiting all the crucial places myself and inside the cover there's a great photo of me standing in the cave at Qumran which coughed up 500 Dead Sea Scrolls.

OMN: What are some of your outside interests? And have any of these found their way into your books?

JA: Absolutely. I'm a student of history and a nut about archeology. If I could do it all over again I would probably study archeology at university. And of course people are of great interest to me. We are indeed a crazy bunch who often do incredible things — both great and not so great.

OMN: What is the best advice you've received as an author?

JA: My agent gave me the best advice. He said to write over my keyboard in ten words or less what my book is about. Then he said every page and every paragraph has to be about that, and if it isn't, cut it. It's not easy to do this, especially for new writers. The cuts are like amputations. An arm here. A leg there. But it's good advice. The key is to remember your reader. The reader is the most important person in the world.

OMN: Complete this sentence for us: "I am a thriller writer and thus I am also …".

JA: I'm a writer of serious and suspenseful historical fiction for the intelligent reader.

OMN: Have you ever used a pen name?

JA: I've never used one but Stephen King sounds like a good name to me.

OMN: Tell us more about the how the book came to be titled. And were you involved with the cover design?

JA: The Last Witness was previously The Last Child and before that it was The Last Child of Brzezinka. I'm not making this up. But I got some advice and listened. The cover was created by the designer and I loved it. They asked for my input and I gave it. We tweaked a bit and settled on things.

OMN: What kind of feedback have you received from readers?

JA: If I get emotion I'm happy. One reader said they were up all night sometimes crying in their bed. Any kind of emotion is good. Even if they hate it you have triggered an emotion.

OMN: Suppose The Last Witness were to be adapted for television or film. Who do you see playing the lead role?

JA: Gee, I'd like to be able to answer this, but I don't really know. The Last Witness would make a great movie. I've been told that. But I'm still at the book stage. Let's make it a success as a novel and we can talk about the movie later.

OMN: Have any specific authors influenced how and what you write today?

JA: My favorite author is James A. Michener. He wrote historical epics about a certain place and time with lots of incredible characters. I ate this stuff up. I would look forward to the evening when I could absorb myself in his novels. The Source is probably my favorite book of all. But I also like other authors like Ken Follett whose first book, Eye of the Needle, I still think just might be the best thriller ever written.

OMN: When selecting a book to read for pleasure, what do you look for?

JA: I want to be entertained, but I also want to learn. So when it comes to historical fiction I pick something that is interesting and that I want to know more about.

OMN: Create a Top 5 list for us on any topic.

JA: Let's go with movies. Top Five? Godfather I and II. Ben-Hur. Ghandi. Braveheart. Dances With Wolves. You get the idea.

OMN: What's next for you?

JA: As mentioned earlier, I'm working on a novel called Medicine Man which is about the history and legacy of the Iroquois Indians. The Iroquois played a prominent role in the formation of both Canada and the United States, and don't get nearly enough credit. Hopefully, I can help.

— ♦ —
Jerry Amernic is an author of fiction and non-fiction books. He has been a columnist and correspondent for daily newspapers, and is a contributor to many magazines. An avid student of history, the sciences, and archaeology, he is a member of such organizations as the Royal Ontario Museum, the James A. Michener Society, and International Thriller Writers.