When Blogging Can Cost You Your Life! 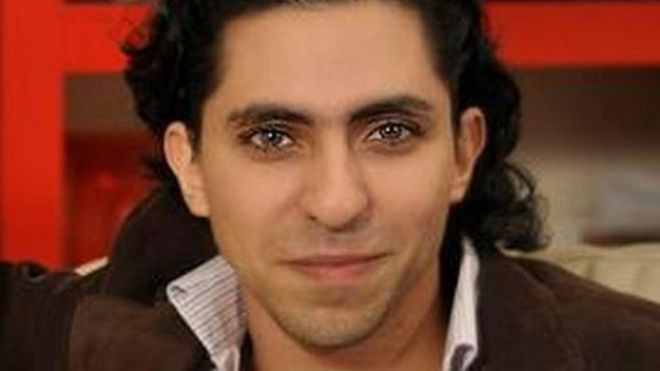 Saudi Arabia's Supreme Court has upheld the sentence of 1,000 lashes and 10 years of imprisonment on blogger Raif Badawi, despite a foreign outcry.

Speaking from Canada, his wife Ensaf Haidar told the BBC she feared his punishment would start again on Friday.

Badawi was arrested in 2012 for "insulting Islam through electronic channels".

Saudi authorities sent his case for review amidst global protests, after the first round of lashes in January.

Ms Haidar said she had held high hopes that her husband was about to be released, but he remained less optimistic.

When they last spoke three days ago he told her not to expect him home in the near future.

She called on the countries and rights groups that had campaigned for her husband's release to mobilise once more.
Protests were held following Badawi's first flogging by the kingdom

Badawi received his first 50 lashes in January, but subsequent floggings have been postponed.

A shaky video taken on a mobile phone showed Badawi being lashed by a member of the security forces.

The footage prompted international protests which were repeated every Friday, the scheduled day for the beatings.

In March, the kingdom expressed "surprise and dismay" at international criticism over the punishment.

At the time, the foreign ministry issued a statement saying it rejected interference in its internal affairs.

It is not clear why Badawi has not yet endured a second round though a medical report found he was not fit for the punishment.

Saudi Arabia enforces a strict version of Islamic law and does not tolerate political dissent. It has some of the highest social media usage rates in the region, and has cracked down on domestic online criticism.