Battle of New Orleans script lands on Black List, as one of Hollywood's top unproduced screenplays 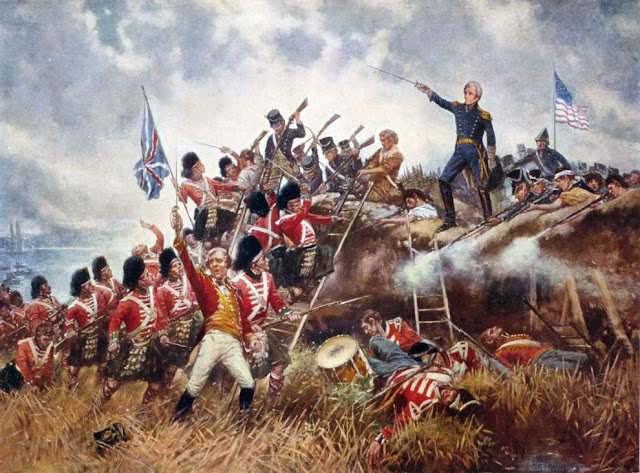 Call it the battle of the "Battle of New Orleans" movies. Another screenplay based on the legendary 1815 skirmish that played out at Chalmette battlefield -- and in which Andrew Jackson's ragtag band of U.S. Army regulars, militia, free people of color, American Indians and pirates routed the more numerous British forces -- is turning heads in Hollywood.

The script for "The Battle of New Orleans," penned by screenwriter Dan Kunka -- whose "12 Rounds" was shot in New Orleans in 2008 --  landed this week on the 2015 Black List, an annual accounting of the most liked unproduced screenplays in Hollywood. Kunka's script earned 10 votes, tying it for 20th most on this year's list, which is based on a survey of more than 250 studio and production company executives.

It is unrelated to the independently produced "Andrew Jackson and the Battle of New Orleans," an action drama announced in January by filmmaking siblings Fred and Ken Atchity. Producers of that project, based on a book by historian Ron Drez, hope to begin production by June, according to Ken Atchity.

Kunka's 119-page "Battle of New Orleans" script, based on the book "Patriotic Fire" by "Forrest Gump" author Winston Groom, opens with the sacking of the White House by the British in August 1814. Continuing through to the end of the titular battle in January 1815, it focuses on the unlikely alliance between U.S. Gen. Andrew Jackson and the pirate Jean Lafitte, a partnership seen as key to the British defeat.

The Battle of New Orleans is something of a historical curiosity, fought as it was after the Treaty of Ghent had been signed in December 1814 to end the war. Word of the signing of that treaty, however, never got to British Gen. Edward Packenham, who had been dispatched with his army to take the strategic city of New Orleans; or to Jackson, tasked with defending the city. And so, on Jan. 8, 1815, they met on the battlefield, the British were defeated and New Orleans stayed in American hands.

Because it was fought after the war was technically over, the battle over the years has become considered by many to be a largely needless one. There are those who speculate, however, that, had the British won the war and taken New Orleans, the treaty might have been immediately nullified by the British.

The story was previously told on film in Cecil B. DeMille's heavily romanticized 1938 epic "The Buccaneer," which starred Fredric March as Lafitte and Hugh Sothern as Jackson. "The Buccaneer" was remade in 1958, directed by Anthony Quinn and starring Charlton Heston as Jackson and Yul Brenner as Lafitte.