Ken's life passion is finding great storytellers and turning them into bestselling authors and screenwriters.

Nearly twenty of his clients’ books have been New York Times 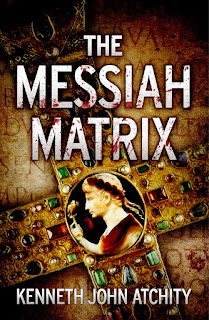 bestsellers. His new imprint, Story Merchant Books, has published more than 150 titles in its first three years. Ken’s many books include books for writers atevery stage of their careers, and, recently, three novels, Seven Ways to Die (with the late William Diehl), The Messiah Matrix and Brae Mackenzie.

Norm: Good day Ken and thanks for participating in our interview.

Norm; Could you tell us a little about people you have met or books you have read that have inspired you to embark on your various career hats that you have worn?

Ken: That’s a great question. I’ve had many inspiring mentors, from whom I’ve learned the fundamentals that have shaped my life.

Saturday Review editor Norman Cousins, who urged me to leave my tenured academic position to challenge my abilities and aspirations in the world of commercial storytelling.

Yale President and Baseball Commissioner A. Bartlett Giamatti, whose course in the Renaissance inspired me to follow his model, and become a practicing “Renaissance man.”

I ran into him in the Yale Club elevator one day. He said, “Atchity, what is this I hear about a professor of comparative literature producing romance movies?” I said: “What is this about the President of Yale becoming the Baseball Commissioner?”

I swore when he said that, in turning down my proposal to publish DreamWorks, a journal exploring the relationship between the arts and dreams, that I would NEVER be a niche-person. And it’s true years later. I found a publisher for the journal, by the way: New York’s Human Sciences Press.

Novelist-professor John Gardner, who urged me to clean my writing of all academic spider webs and write and speak clear English that everyone could understand. He also told me to start a file for crazy letters, critical or otherwise, called “Cranks & Weirdos”—and put letters in it without reading more than enough to determine they belong there. That file is about four inches deep at this point.

Norm: In the last few years have you seen any changes in the way publishers publish and/or distribute books? Are there any emerging trends developing?

Ken: The last few years have seen nothing but change in publishing. To begin with traditional publishers have nearly all been acquired by conglomerate international corporations. The impact of that is to make them focus almost entirely on the bottom line and to take fewer and fewer chances with new voices.

That’s exactly why I founded Story Merchant Books. It was getting discouraging watching promising new writers get nothing but rejection from the traditional publishers and I wanted books in my hand to take to my Hollywood associates. One day I thought, why don’t I make the books? The trend is definitely away from traditional publishing and toward this kind of direct publishing.

Ken: The most difficult part, by far, is finding a good story and letting it ruminate long enough to make the writing down of it almost like ‘automatic writing.’ Character is the heart of it, but plot is also important—and action that keeps moving the story along, preferably in unexpected directions.

Norm: What makes a good story and how do you go about finding great storytellers and turning them into bestselling authors and screenwriters? As a follow up, what is the process in determining if a book has film potential?

Ken: A great story transports the reader or the audience to its world, and you don’t want to leave it. You want to prolong the engagement, or repeat it. It sells you on that world and on its characters. If a story does that, it can be a film as well as a book.

I don’t go finding writers anymore; they come to me from my years of experience, from my books on writing, from my alumni as a professor, and from referrals from publishers, agents, studios, and independent producers.

Norm: Many writers want to be published, but not everyone is cut out for a writer's life. What are some signs that perhaps someone is not cut out to be a writer and should try to do something else for a living?

Ken: You can determine whether a writer is cut out for it or not the minute he starts asking you to help him determine, numerically, his risk-reward ratio. Real writers invest everything they can access, physically, mentally, psychologically, spiritually, and financially--to pursue their careers.

Norm: Do you feel that writers, regardless of genre owe something to readers, if not, why not, if so, why and what would that be?

Ken: Yes, they owe them a good story, thereby repaying them for the time the reader invests in their book. As I learned from Lowry Nelson, Jr., my Yale mentor, there is a “fictive contract” between the reader and the author under the terms of which the author sets expectations and then must fulfill those expectations satisfactorily.

You know you’re reading a good story when you begin by reading it faster and faster, and end up reading it more and more slowly because you don’t want to see it end. When that happens the author has fulfilled his part of the contract. When the reader posts a thoughtful review, he’s fulfilled his.

Norm: Do you ever suffer from writer's block? If so, what do you do about it?

Ken: I’ve never had writer’s block. “It’s a sign,” Norman Mailer said, “of failure of the ego.” I think the key to writing is having something to say, or some story to tell. I’ve never wanted for either.

My book A Writer’s Time (available as an e-Book as Write: Time) gives good advice about dealing with it. One of my points: “Never sit down to write until you know what you’re going to write before you sit down.”

Norm: What is Story Merchant Books all about and what do you look for when accepting to publish a book?

Ken: I started Story Merchant Books to give promising new writers a professional entrée into the story marketplace, and I’m happy to say that even mid-career writers and several estates have found their way to SMB as well. I almost always base the decision on the strength of the story and the voice behind it—as well as my being able to envision it as a film.

Norm: Could you tell our readers about your two recent novels, The Messiah Matrix and Brae Mackenzie.

Ken: After I was asked to finish the late and much-admired William Diehl’s unfinished thriller, Seven Ways to Die, and discovered I really did have a knack for fiction (most of my previous books were nonfiction).

Messiah Matrix was based on my first lifetime of classical learning and teaching and the childhood comparisons I heard from the Jesuits between Caesar and Jesus.

It got such great response—including outrageous attacks on those who insisted on regarding it as nonfiction—that I revised a novel I’d drafted years ago, and am just publishing it, Brae Mackenzie, about a discontent American woman who investigated her ancestral roots and finds the love of her life in the myths of Scotland, and a man who introduces her to them first-hand.

Norm: Are you working on any books/projects that you would like to share with us? (We would love to hear all about them!)

Ken: Yes, I’m working on my memoirs, A Story Merchant’s Story, which will be in several volumes. I think I’ve learned a lot in my various walks of life and it’s time to pass what I’ve learned on to others.

Norm: Where can our readers find out more about you and your work?
Ken:
My AUTHOR CENTRAL  PAGE ON AMAZON
The Messiah Matrix
is a good start. Thanks for asking Norm.

Norm: Thanks once again and good luck with all of your future endeavors.

Norm Goldman, B.A. LL.L, is the Publisher & Editor of Bookpleasures, which he created in 2002.' Practicing law for over 35 years enabled Norm to transfer and apply to book reviewing his many skills that he had perfected during his career in the legal profession and as a result he became a prolific free lance book reviewer & author interviewer.