ITS NEVER TOO LATE

As the man who found everything he was looking for in his “retirement,” Dr. Atchity is a shining example of the never-ending potential of dreams and aspirations. In a HuffPost interview with Jeff Rivera Ken outlines many of the problems he encountered when shifting to a new career along with some useful advice for those looking to go down the same road. 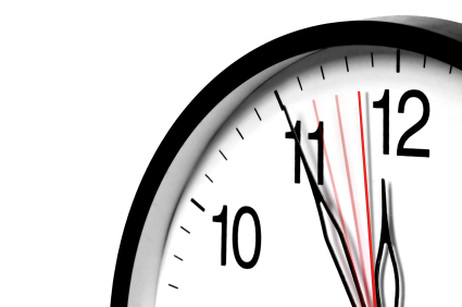 If you were to start your career over again as a producer, knowing what you know now, what advice would you give yourself?

I would probably say to think it over because I realized throughout my career, and from talking to many producers, that producing is probably the most masochistic profession in the world. In the old days, when I first started, you actually got development fees when you set up a project or sold it but that stopped about years ago. Now you don’t get paid until the movie is made.

There are of course dozens of things that can go wrong and prevent a movie from being made. I have one in production right now that has been in the works for 21 years, and I produced one two years ago that was in the works for 20 years. So, you definitely have to have a day job or other things to do.

I’d also say that you should strategize as best as you can in order to stay on top of the game. The important thing about producing is simply staying in the running, which means you have at least $10,000 at the baccarat table. If you don’t have that stake, you’re out of the game. You have to find a way to do that because it’s really a rich person’s profession or the profession of somebody very, very young. When I got into the industry I was already 45 years old so I didn’t have any particular advantage. I would say be smart and diversify, and that’s what I ended up doing; I took my own hypothetical advice.

What advice do you have for people who are middle aged and want to be producers?
Well, I became a producer in the years after becoming a tenured professor, which I resigned from in order to pursue the career I have now, but there are plenty of other examples too. I’ll never forget the time that Dr. Joyce Brothers invited me on her television show after hearing my story. She had two other people there that night, one was a hairdresser who became a psychiatrist after going through medical school and the other was an 83-year-old man who was signing up for law school.

The older man explained how he had to stand in the admission line to sign up and was surrounded by 20-something year olds. It wasn’t long before the kid behind him finally said, sir, excuse me, but I just can’t help asking you, what are you doing in this line? And the man looked at him and he said, what line should I be in? I absolutely love his story because that’s the attitude we have to have towards life. If you want to do it, just do it.

And you’re never too old to do it, it’s never too late.

There are numerous examples of people who succeeded in later life, including Bernard Shaw and Colonel Sanders. In fact, when I was young I remember reading something that Benjamin Franklin wrote: “There is nothing wrong with retirement as long as it does not interfere with the man’s work.” This has been my motto ever since. I’m retired from the academic world but it hasn’t prevented me from working. I’ve written more books since retiring than I did when I was an academic. I’ve made more than 30 movies, I’ve had a wonderful life, and I do all the things I want to do.

It’s crazy to think you have to stick with what you’re doing for the rest of your life as it’s now typical in American society for people to have two or three careers. We’re living longer and that’s the way it should be. Who wants to live to be 90 or 100 and have the same career the entire time? So if you’re thinking you’re too old for it, read my book, leave your day job, live out your dreams, and never give up.