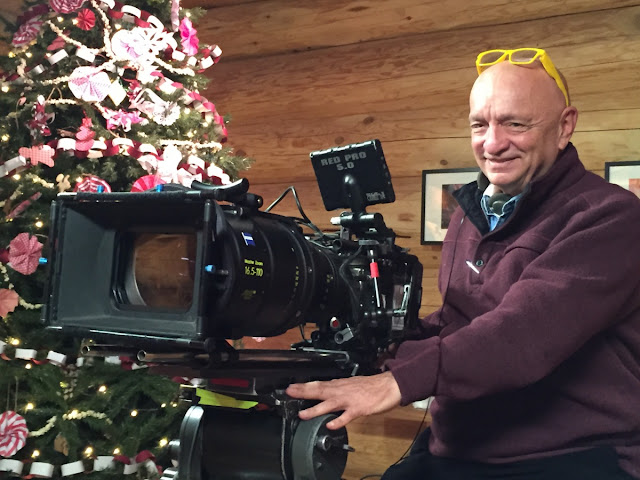 For Dr. Kenneth Atchity, age was nothing but a number. Despite being a tenured professor for a substantial amount of time, the decision to retire at the age of 45 came at the drop of a hat as he put all of his talents into a different cause. Now 72-years-old, Atchity is an Emmy-nominated Hollywood producer and author who has been successful in completely turning his life in a different direction.

There are many who choose not to pursue their dreams until later on in life and a lot of talented people who are completely unaware of their true calling until decades into their career. In the following interview, Atchity talks about his new book Sell Your Story to Hollywood in which he addresses his own success story and experiences working in the industry. It’s not always easy to get your foot in the door but Atchity is out to show readers that, whether young or old, there’s always a way to see your story on the big screen.

As the man who found everything he was looking for in his “retirement,” Dr. Atchity is a shining example of the never-ending potential of dreams and aspirations. The following interview outlines many of the problems Atchity encountered when shifting to a new career along with some useful advice for those looking to go down the same road.

If you were to start your career over again as a producer, knowing what you know now, what advice would you give yourself?

I would probably say to think it over because I realized throughout my career, and from talking to many producers, that producing is probably the most masochistic profession in the world. In the old days, when I first started, you actually got development fees when you set up a project or sold it but that stopped about years ago. Now you don’t get paid until the movie is made.

There are of course dozens of things that can go wrong and prevent a movie from being made. I have one in production right now that has been in the works for 21 years, and I produced one two years ago that was in the works for 20 years. So, you definitely have to have a day job or other things to do.

I’d also say that you should strategize as best as you can in order to stay on top of the game. The important thing about producing is simply staying in the running, which means you have at least $10,000 at the baccarat table. If you don’t have that stake, you’re out of the game. You have to find a way to do that because it’s really a rich person’s profession or the profession of somebody very, very young. When I got into the industry I was already 45 years old so I didn’t have any particular advantage. I would say be smart and diversify, and that’s what I ended up doing; I took my own hypothetical advice.