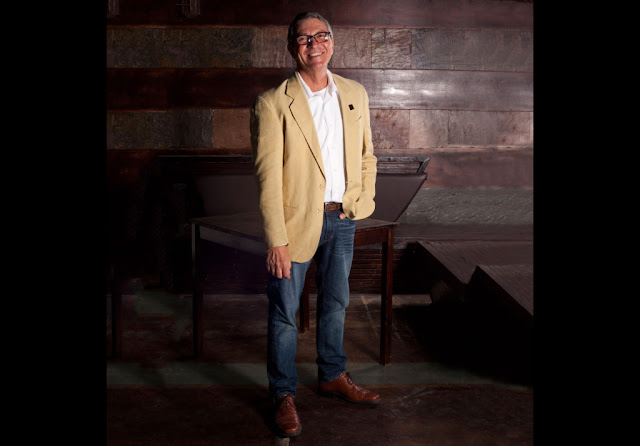 To the uninitiated, how is viewing a movie at the Fort Lauderdale International Film Festival different from watching a film at the movie theater?

We’re not meant to serve the Tom Cruises or George Clooneys of the film world, though sometimes we do. We’re there for the filmmakers who haven’t made it yet; those who have financed their films on their credit cards. We are there to help them get noticed by a distributor or an investor. At the same time, we’re here to educate our audiences. It goes back to Shakespeare and the concept that “the play’s the thing.” We want to show films that have substance to them, that speak to people. The scripts in independent and international films are paramount, whereas in those blockbuster films, sometimes the script may be secondary to the explosions, special effects and the stars.

What do movies do that nothing else can replicate?

I think movies are the most incredible art form because they can take you from Miramar to the moon with just a snap of the fingers. They utilize everything, such as scenery, sets, music and special effects, in a harmonious way to tell a story. I get so caught up in them. If I see “Peter Pan,” I believe everything about it, including that fairies can fly. Movies do something to viewers, allowing people like me to experience things as the characters do.

What can we look forward to with FLIFF 2017?

We’ll be showing films from nearly 50 countries. The festival starts unofficially on October 27 with a salute to the European Film Awards; on a nightly basis, we’ll be showing movies that have earned the best film award each year for the past 29 years. The festival will then have its official opening night on November 3 at the Hard Rock Live, where we’ll be showing two films: “Rumble: The Indians Who Rocked the World” and “Dog Years,” which stars Burt Reynolds. We will also honor actress Karen Allen, who played the heroine in “Raiders of the Lost Ark,” and her directorial debut, “A Tree. A Rock. A Cloud.”

What are some of your earliest memories of FLIFF?

I was hired in 1989 as the festival’s executive director, but the irony is I had never been to a film fest in my life. We were so small back then, operating out of a tiny office. I knew we needed more exposure, so I moved our office to Las Olas Boulevard, across from Blockbuster’s headquarters. One day, as I was putting up posters about the film festival on the office’s outside wall, I heard a rough voice behind me say, “What the hell is this film festival about?” I turned around, and the voice belonged to Ron Castell, the senior vice president for programming of Blockbuster. We struck up a conversation, and he got intrigued about the festival. He eventually brought Blockbuster on board, and things started moving up from there.


In its earliest incarnation, how did you manage to get FLIFF on the global film map?

There’s a little P.T. Barnum with some things we do. Our first year at the Cannes International Film Festival was 1991. We were the little fish in the sea sitting next to the Dino De Laurentiises of the film world. I remember on the first day seeing a fleet of prop planes soaring above with banners advertising Ridley Scott’s film “1492: Conquest of Paradise.” I looked at that and thought it was phenomenal marketing. I had a hunch this wouldn’t be the last time the planes would fly over, so I rented two airplanes with a trailing banner that read “Join us on the Florida Riviera.” I had those planes fly right after Ridley’s next scheduled flight, so he got everyone’s attention with his fleet, and then everyone at Cannes was looking at our banners that followed.

What do you want to achieve with FLIFF?

I went to a lot of festivals and fairs growing up, and I remember a cacophony of sounds, smells and colors. No matter where you turned, there was something happening, whether it was someone making cannolis or sausages or a performance going on. It wasn’t a one-ring circus; it was a multi-ring one. I wanted FLIFF to be more than people sitting down and watching a movie. So we’ve introduced events such as Around the World in 80 Nights, which highlights a foreign film and celebrates that country’s culture with authentic food and drinks, and performers dressed in native garb.

We couldn’t finish this conversation without asking: What’s your favorite film?
I have two, both of which I can watch over and over again and still enjoy. The first is Frank Capra’s “It’s a Wonderful Life,” which I’ve seen hundreds of times. The other would be “Get Shorty.” It’s just so well-written with such a wonderful ensemble cast.

This article originally appeared in the Fall 2017 Issue.