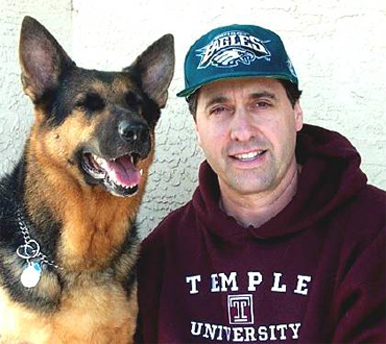 For over two decades, readers have been spellbound by the gripping writing of Steve Alten. His absorbing work has traversed the entire timeline of existence from the dawn of life on earth to 12 million years in the future. He mingles fact with fiction to create mesmerizing tales of wonder driven by a palpable sense of urgency. However, as solid as his writing has remained over the past 22 years, behind the scenes, his career has been filled with vacillating waves of unfathomable twists and turns that have resulted in both devastating gut punches and rousing triumphs.

This year, after decades of struggles and false starts, the world will finally get to experience Steve’s work in a vibrant new way. On August 10, The MEG will hit the big screen in what is being touted as the blockbuster movie event of the summer! In this Q&A, Steve was completely open about his amazing journey to this point in his life.

Could you share your personal story about your roller coaster career as an author?

Well, I have always loved shark stories, ever since reading JAWS as a teen. After reading Benchley’s novel, I went straight to the library and checked out every true-life Great White shark attack story… in the process I came across little blurbs about Megalodon, the prehistoric cousin of the Great White, usually accompanied by a black & white photo of six scientists seated in a MEG jaw. But there was nothing else out there.

Flash forward 20 years: Despite ten years of college and a doctorate degree in education, I was struggling to support a family of five. I tried multi-level marketing while I was selling whole house water treatment systems… or I should say not selling too many of them. In August of 1995, TIME published an article on the Mariana Trench and deep water hydrothermal vents and I thought to myself… what if that big shark was still alive down there — if it’s scientifically plausible, that might make a really cool novel. So I set a goal — I’d spend 30 days researching the story in the library (there was no internet back then) and write 3-4 pages a night (from 11 p.m. until 3 a.m.) and weekends. 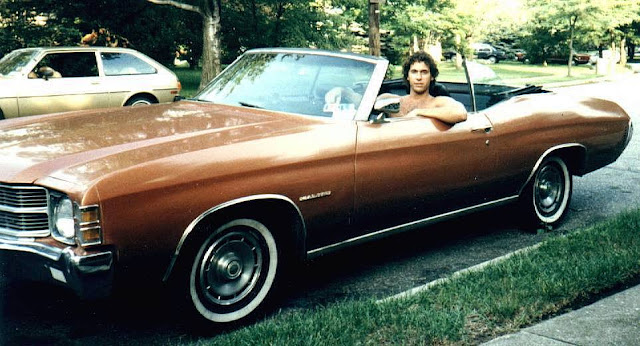 Six months later, I had a 400+ page manuscript but no connections in publishing, so I bought a book on how to get published. Following the instructions, I sent out 2-page query letters to every literary agent who handled fiction. About 70 letters went out… only one agent saw the vision — Ken Atchity at AEI. To pay for editing fees, I sold my 1971 Chevy convertible — a gift from my father when I was seventeen. I also took a job working as a sales manager for a wholesale meat company, and was eventually promoted to GM… crazy story. Anyway, working with an AEI editor, I rewrote the manuscript that became MEG.

On September, Friday the 13th in 1996, I came to work, only to learn I no longer had a job. I drove home to tell my wife, “This is the best thing that could have happened honey, now I can work on my next book.” She was upset — we were down to our last $48. Four days later, Ken started a bidding war for MEG’s publishing rights, which weeks earlier had received a first rights offer from Disney’s Hollywood Pictures, and the rollercoaster that has been my life these last 22 years began.

The ups included a two-book, seven figure deal from Bantam-Doubleday, the house that published JAWS. MEG hit every best-seller list, including #19 on the NY Times list (#5 audio) while Bantam-Doubleday sold the foreign rights for over $1.3 million. The downs — my second book deal was cancelled two weeks before I was to be paid a lot of money (a lot of authors who received big advances were canned just before Bertlesmann took over the company). Then the president of Hollywood Pictures was fired and the movie rights were reverted. Total money lost — over $1,500,000.

Bye-bye new house, bye bye new cars… I basically had to start over again. Plus, we had to sue to get the rights back to my second story, a thriller about the Mayan Doomsday prophecy in 2012, which my editor wanted to be another underwater thriller. I gave them what they wanted… but it was not a good book.

Flash ahead to 2005: Having schooled myself on becoming a better writer, I wrote the MEG sequel, The TRENCH (Kensington), and it too was a best-seller. We eventually got the rights back to the Mayan Doomsday book that was cancelled by Bantam-Doubleday and I rewrote the entire book. It was released by Tor/Forge in the States as DOMAIN. Years later, it was sold under the name The Mayan Prophecy and it was #1 in Spain, Mexico, and Argentina and a big seller in Europe. I also wrote and published Resurrection (Domain part 2), Goliath, and The LOCH.

Thanks to my friend, Nick Nunziata and his friends, producer Lloyd Levin and Guillermo del Toro, we put together a package for MEG with a script I had penned with director Jan de Bont. New Line Cinema optioned MEG, but the new screenwriter sidestepped the novel and basically rewrote Moby Dick with a shark. The studio wanted rewrites, but the foreign rights were undersold, killing the ability to underwrite the budget. After two years of chaos among the producers and studio, the rights again reverted back to me.

In retrospect, these negatives were good things in that it forced me to become a much better writer, plus MEG eventually ended up in the right person’s hands. But the stress took its toll on me and in 2006 I was diagnosed with Parkinson’s Disease.

In 2007, I optioned MEG’s movie rights to producer Belle Avery and continued writing. The SHELL GAME (best-seller), MEG: Primal Waters, MEG: Hell’s Aquarium (best-seller), Grim Reaper, SHARKMAN, The OMEGA PROJECT (top 4 summer selection by Barnes & Noble), VOSTOK, and UNDISCLOSED. Meanwhile, Belle Avery was working her magic. After seven long years of hard work and perseverance, Belle Avery, Gravity Pictures, and Warner Bros. are about to bring The MEG into theaters (the trailer debuts in theaters on my good luck day — Friday the 13th (of April 2018), the movie releasing on August 10).

I am currently finishing my sixth and best MEG novel, MEG: GENERATIONS. It will be out in June, but the hardback can only be purchased at www.SteveAlten.com by pre-ordering through April and won’t be sold in stores or on Amazon. The ebook will be available in June. It’s a strange marketing plan for sure, but I wanted to do something special for my MEGheads — my loyal MEG fan base.

What did you learn about storytelling from finishing that first book?

Ken taught me a lot. He said writing a book is like preparing a fish to cook — you cut off the head and tail and start with the meat in the middle. I also learned a lot about beat sheets and organizing the skeleton of the story — all things I have passed down to my WRITING COACH students, six of whom have also been published.

Is Ken Atchity still your manager?

We had parted ways after the New Line deal ended, but recently found each other again and he is once more my manager. Danny Baror at Baror International continues to manage all foreign rights to my books.

Are there any other Alten novels optioned for TV or movies?

Yes. Belle and her team have optioned The LOCH for theatrical release, and my series SHARKMAN has been optioned for TV. I also have several books that Ken will take out soon, including a laugh-out-loud comedy called DOG TRAINING THE AMERICAN MALE, written under the pen name L. A. Knight.

Why do you believe The MEG movie finally happened? What was the magic that made this movie not only get greenlit, but made into what sure looks like a billion dollar franchise?

In truth, it’s all about the undying passion and commitment of Belle Avery. There may be bigger name producers attached to The MEG, but make no mistake, this never happens without Belle. She resuscitated it in Hollywood and got it financed in China, then brought it to Warner Bros. She is the only person I truly trust with my work… a total team player.

Were you ever on set?

Not this time around. But my daughter, Kelsey, went over to China during the shoot. They dressed her up as an Asian girl and let her be an extra. That meant a lot to me.

Did you get to meet any of the actors?

Not yet. I sent them all signed books and look forward to meeting them at the premiere. It’s an amazing ensemble, led by Jason Statham.

What is next from Steve Alten?

I’m finishing up MEG: GENERATIONS, then it’s on to SHARKMAN-2.

Really enjoyed this post, and the writing inspiration it provides, even at my later stage of life. Thank you for sharing.