Bloody Disgusting: Movies Here’s Every Shark Attack Horror Movie Swimming Our Way in the Near Future! 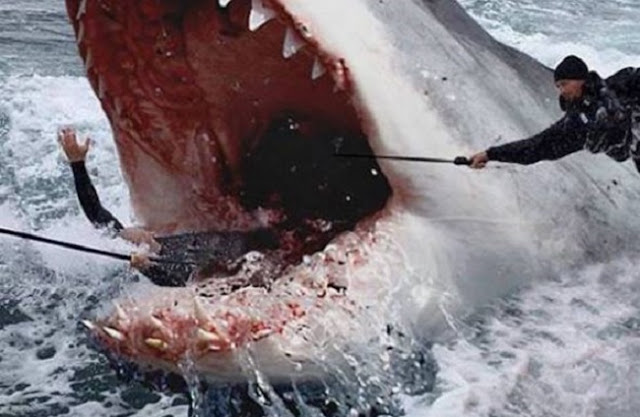 The film adaptation of Steve Alten’s Meg: A Novel of Deep Terror has been in development for many years now, with various filmmakers attached at different times. At one point, Jan de Bont (Twister) was seated in the director’s chair, while Eli Roth was more recently set to direct. What’s taking a bite out of the big screen this Summer is, instead, a film directed by Jon Turteltaub (National Treasure) and being released by Warner Bros. Jason Statham leads an international crew into the deep, Megalodon-dominated waters in The Meg, which looks to be putting F-U-N ahead of terror. With a unique cast including Rainn Wilson, Ruby Rose, Bingbi Li and Cliff Curtis (who appeared in Deep Rising!), The Meg looks to essentially be Deep Blue Sea for a new generation, and I write that with nothing but excitement in my soul. This one promises to be a wild spectacle and one hell of a good time.