How to Write a Pilot for a Television Series By: Yvonne Grace 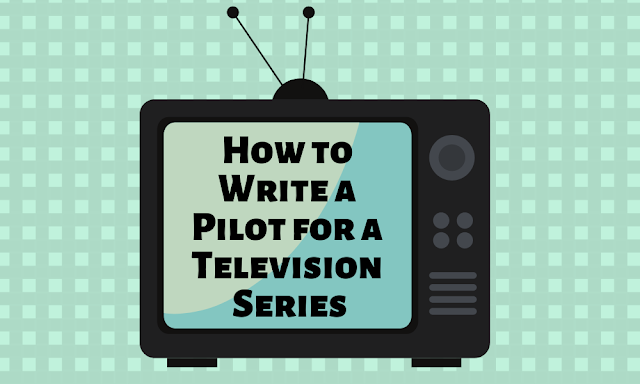 A well-written pilot for a television series opens the door to the world you want to explore further. Yvonne Grace shares tips to set up your storylines, create jump off points for your characters and grab a producer’s attention.

Writers working with me at Script Advice Towers, learn very early on that I am obsessed with structure. This is a good thing, because storytelling for Television is entirely dominated by this knotty problem. A weakly structured series storyline will not deliver the emotional clout nor the dramatic impact required to make a dent in the story hungry mind of the savvy series binge watcher.

So, first, nail your structure. I have blogged about this here.

Once you have the series arcs down in broad stroke, you will be able to tackle the pilot with confidence.

I strongly suggest starting with the series outline of your TV idea before you hit the script writing stage. This is because at all times, when writing for television, you need to be aware of the series elements of your story and each episode, although important in their own right, must also link and connect with the episodes following on after—like the beads in a necklace.

The first 10 pages are crucial in the writing of any pilot for television. I outline six essential elements to the construction of your first pages below, but also keep these headings by your writing desk, as a reminder to ensure you have the key facets in your pilot:

DRAW IN YOUR AUDIENCE—remember the visuals!

CHALLENGE—deliver a great plot twist or observation via character.

PUSH ON—use the pace of this reveal to move the narrative onwards.

OPEN WITH A STRONG VISUAL
The story is starting. Set the scene.

Geography; a panoramic landscape or a cosy tete a tete in a suburban sitting room, a graveside, a roof top, or the inside of a rapidly packed suitcase, begins the story for you.

You may need to establish the way a character behaves, or show the essential dynamic between a family. Do this visually. This visual can be a strong natural image, or series of images, or it can be an action packed traveling sequence or we could be following your main character at their job, but in this visual, we need to see the essential elements of what you will be exploring later.

Examples of visual starts in scripts, picked as randomly as possible:

Roof tops of a Northern town. We pick up a central character putting the bins out. They look up and we see what they see; their ex wife doing the same; they stare across the cobbles at each other. Coronation Street.

Wind swept moorland and a galloping horse. A man is riding very fast to somewhere but we can be sure it will be where the next bit of the story will start so we are keen for him to get there. Poldark.

A man stands in a desert in his underpants. He is holding a gun. There’s a Winnibego next to him. It looks very hot and he looks very upset. Breaking Bad.

Two elderly people in a cafe. Quintessentially English. Their conversation soon encompasses their respective spouses and off spring. They appear to be strangers at first but we realise they are actually flirting. Last Tango In Halifax.

The back garden of a local house in rural Yorkshire, grumpy Cop realises there’s nothing she can do about the mauled sheep found dying on the nice old lady’s neatly mowed lawn. She accepts a cup of tea and when the lady pops back to her kitchen, she staves the sheep’s head in with a brick. Happy Valley.

A jaded journalist is a reluctant part of a discussion panel for a room full of young journalists and students on the nature of America and its place in world politics. He sees his ex in the audience with a prompt card. He decides to tell the truth. The News Room.

CRACK INTO CHARACTER
Every second counts on the screen; translate that directly to the page—there should be no extraneous action or dialogue in your pilot and this is even more important in the first 10 pages.
Motivate dialogue by subtext.

The subtext  will push the narrative forward. It is not only what a character says that is important in informing us about them. It is how they say it. So remember the action; ‘see’ how your characters move and interact.

START THE PLOT MOVING
If the subtext is deep and solid in all your characters’ motivation, you will no problem moving the plot forward. But it is essential that you keep up the pace here. In the first ten pages the plot; or text, motivated by the subtext of your characters must get to a point whereby your audience will want to get to the next 10 minutes. So you need to set up the main frame of your story in these pages and also introduce a twist, or an added point of engagement that will jettison the narrative forward.

SET UP THE DESIRED GOAL
All your characters want something. Set this up in the first ten pages.

ADD THE OPPOSITION TO THAT GOAL
The truth and therefore the point of dramatic engagement from both your reader and ultimately your audience, will come from the interplay between what your character wants and how you, the writer choses to stop them getting it.

WRITE AUTHENTICALLY
Write from your own personal centre of truth. We all have emotions, conceits, ideas and mantras that we follow in life. Things that matter to us.

Writers need to tap into that complex, dense, often not very savoury centre of ‘us’ and then the story unfolds in a truthful way, then the real connections can be made between those that create these scenarios for our screens and those that watch them.

We are in the business of bringing a 360 degree experience to the audience. So if you don’t personally feel it. They won’t.

Tap into what you know about your world. Not what you think we want to know.

Beyond the first 10 pages mark, if you’ve got the key elements in place, your pilot should have a strong sense of place, the characters will be established and the key story elements will have been seeded. There will also be a sense of tone and pace to this script – even at this early stage.

Television stories are most often constructed in a five act format. However, nothing is truly set in stone here. I am of the school of thought that does not hold to a prescriptive view of the act structure. Nothing is guaranteed to make me want to put my head in the paper shredder more than a script that has clearly been written to a formula. Audiences (like your reader) are sophisticated in terms of story appreciation. If the story has a natural pace, if the scenes engage and the narrative is moving across your time frame then you can be confident your act structure is working.

ACT ONE: Set up, seed story points, use the five pointers for your first ten pages, move the plot on.

ACT TWO: Establish a twist part way which will lead to ….

ACT THREE: Explore what you have set up, build your various story lines to peaks—so there is a sense of climax and don’t forget the pay off, which is the down ward slope of your story ‘peak’.

ACT FOUR: Pulling everything together now, with a twist to create ….

ACT FIVE: Now build to the end point and the crucial ‘out’.

The Pilot is the first step along the series path for your Producer and also ultimately your audience.

Written well, it opens the door to the world you want to explore further. Here, you will set up your storylines, create jump off points for your characters, set them on course, establish the world in which your characters live, and begin to explore the message that you are presenting through your interplay between the text and the subtext. The Pilot is the first step along the series path for your Producer and also ultimately your audience.