Director Ben Wheatley says that The Meg 2 might live up to its title in more ways than one. 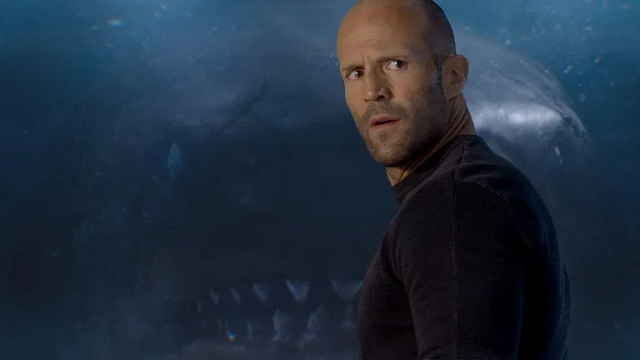 The Meg 2 is a thing. Three years after the release of the original The Meg, which swallowed up an astonishing $530 million worldwide at the box office, director Ben Wheatley — fresh off his eerie new horror film In The Earth — is deep in pre-production on a sequel to the 2018 thriller that pitted puny humans against a couple of oversized prehistoric sharks.

“I’m storyboarding at the moment on Meg 2,” Wheatley says when we catch up with him for the release of In The Earth. “It’s been going on for four months, five months. It’s my happy place, I love storyboarding. So yeah, I’m cutting storyboards and watching animatics, and slowly constructing the movie. It’s really exciting. It’s just action on a massive, massive scale.”

The first film, based on the popular 1997 novel Meg by Steve Alten, reached the screen in 2018 after more than two decades of development. The property bounced from Disney to New Line Cinema, to Warner Bros., with directors like Jan de Bont (Speed) and Eli Roth (Hostel) attached at various points. Cameras finally rolled in 2016 with Jon Turteltaub (National Treasure) directing from a script by Dean Georgaris and Jon and Erich Hoeber.

The latter pair have apparently returned to pen the sequel, which Wheatley says he has had no hand in writing: “No, the script is by the Hoeber brothers that wrote the first script, so it’s kind of a continuation on from that story.”

As for whether the cast members who survived the first film — which included British action star Jason Statham, Chinese actress Li Bingbing and a handful of others — will also encore in the follow-up, Wheatley is somewhat cagier, although he does drop a tantalizing hint about the title menace. “I don’t think I can say at the moment what’s going on, the ins and outs of it,” he intones. “But guaranteed, there will be a Megalodon — maybe more than one.”

While the prospect of even more Megalodons wreaking havoc in the sequel, which is provisionally called The Meg 2: The Trench, is an exciting one, it’s all but guaranteed that Statham, who is said to be “creatively involved” with the project, will be there punching them as well.

Alten’s novel was altered significantly for the screen, becoming less of a grisly horror shocker and more of a Statham action joint. It’s worth noting that Alten’s own sequel to his novel Meg was also called The Trench, although we don’t expect a faithful adaptation this time either.

The first film’s self-awareness and somewhat jokey tone, coupled with Statham’s own dryly humorous charisma, turned The Meg into a relative rarity: a monster movie that was both fun and not afraid to poke fun at itself. That was enough to lure in those massive audiences and set the wheels of a sequel in motion.

Although Wheatley’s last outing was Netflix’s glossy adaptation of the Daphne du Maurier novel Rebecca — a bold choice since it was previously filmed by Alfred Hitchcock — he’s perhaps best known for his razor-sharp combinations of horror, crime and satire in films like Kill List, Sightseers and Free Fire. If he manages to retain the tone set by the first Meg while adding his personal touch to the proceedings, this could end up being a sequel with, dare we say it, real teeth.

As for going from the high-end esthetics of Rebecca to the guerilla filmmaking of In The Earth (more on that to come) to the presumably explosive, effects-driven action of The Meg 2, Wheatley puts it simply: “I think that’s always the hope, that they’re different [from each other]. You don’t want to end up making the same thing again and again.”

Don Kaye is an entertainment journalist by trade and geek by natural design. Born in New York City, currently ensconced in Los Angeles, his earliest childhood memory is…