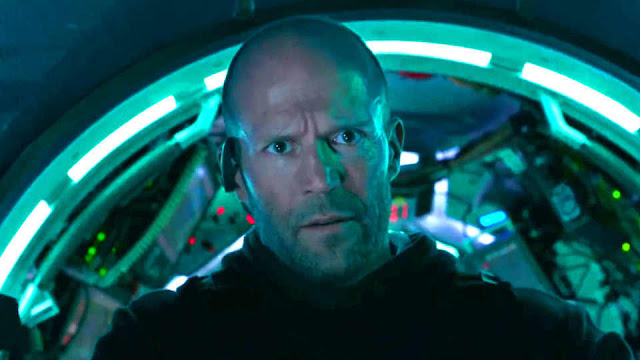 From Kill List to Sightseers to A Field in England to Rebecca, filmmaker Ben Wheatley has delivered audiences a variety of experiences, with one constant component being an intimate experience that leans heavily into characters, which has fans wondering what to expect from his upcoming sequel to The Meg. The Jason Statham-starring film had a reported budget between $130 and $180 million, with even the low end of those estimates dwarfing the budgets of any of Wheatley's previous films. Wheatley recently shared his enthusiasm for the upcoming sequel and how, first and foremost, his plans are to honor the scope of the titular beast.

"A lot of it is respecting The Meg, and trying to make sure it's a great Meg film," Wheatley shared with ComicBook.com about the new film. "And as you can see from the movies I've made, they're not necessarily, it's not ... when you go and do Doctor Who, I don't completely change it because I wanted to do it. I didn't want to necessarily make it something completely different that nobody recognized, you know? So there's that element of back and forth."

He continued, "But it's an opportunity to do action on such an insanely large scale, that it's just unbelievable. From doing Free Fire, which was, I thought, was all my Christmases came at once in terms of action, this is just unbelievable. And just doing the storyboards for it, just thinking and going, 'Oh,' it's just ... I feel a heavy responsibility for it, to make sure that it kind of delivers on all the, to all the big shark fans out there."

The original film was based on the novel Meg: A Novel of Deep Terror, and focused on a prehistoric megalodon being discovered in the deepest parts of the ocean, who then came to the surface to wreak havoc. The film went on to earn $530.2 million worldwide, with details on the sequel's story being kept under wraps.

As we wait for updates on The Meg sequel, fans can check out Wheatley's latest film, In the Earth.

In the film, "As the world searches for a cure to a disastrous virus, a scientist and park scout venture deep in the forest for a routine equipment run. Through the night, their journey becomes a terrifying voyage through the heart of darkness, the forest coming to life around them."