Why The Meg is the most successful China-US co-production ever!

Since Jaws invented the summer blockbuster in 1975 shark movies have always been popular with the public, so The Meg’s premise was a winner from the beginning.
Lead actors Jason Statham and Li Bingbing may lack chemistry, but it succeeds by treating the Chinese characters with as much dignity as the American ones. 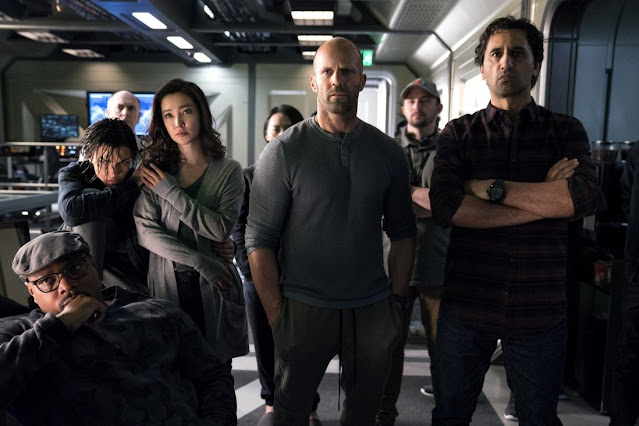 Li Bingbing (third, left) and Jason Statham (centre) lead an international cast in The Meg (2018). The film made US$530 million worldwide to be the highest-grossing Chinese-American co-production of all time.
In 2018 The Meg caught Hollywood commentators completely off guard. ﻿Jon Turteltaub’s giant shark movie became the highest-grossing Chinese-American co-production of all time, making US$530 million worldwide and beating the previous record holder, Kung Fu Panda 3 .

So how did a movie dubbed “the thinking fan’s Sharknado” triumph against the odds?

Based on a 1997 book by Steve Alten, and starring Jason Statham and Li Bingbing, The Meg pits the crew of an underwater research facility against a 23-metre megalodon, a creature previously thought to be extinct.
Read more