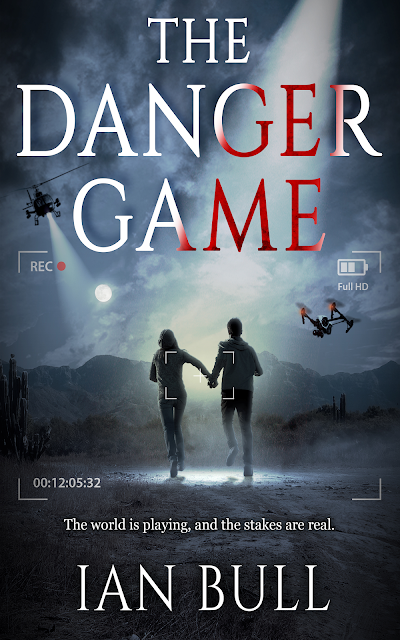 The Danger Game by Ian Bull is the third and final entry in the Quintana Adventures, a thrilling tale that functions well as a standalone novel as it does as an explosive conclusion to an engaging series. The Danger Game has become one of the most popular storytelling apps, adored and played by millions. The app features Julia Travers and her fiancé, Stephen Quintana, who play roles in a series on the app where their fictional selves are trapped in a dangerous situation. With over 100 million downloads, the app allows readers to submit entries with the hope that their ideas become part of the exciting “perform or die” series. Unbeknownst to many viewers, the couple has actually been kidnapped and the kidnappers have an insidious plan to kill them in the last episode and get away with a huge fortune. The only hope of saving Steven and Julia are two friends, Carl Webb and Trishelle Hobbes, but they have no clue where the couple is held captive. With the help of one of the best cyber operatives in the US, they create a plan to unravel the mystery surrounding the kidnapping. The stakes grow higher with every passing minute.

Fans of teeth-gnashing action will enjoy The Danger Game, a perfectly plotted and twisty tale that has strong and resonant themes and one that contemporary readers will adore. The intersection between the virtual world and reality is written with an unusual flourish. Ian Bull’s novel is imaginative and it brims with surprising twists, a real tour de force for readers who enjoy stories that depict the world they are in contact with. Each emotional burst, each nerve-jerking twist, and every action is delivered with breathtaking poignancy. This thrilling reality-meets-fantasy adventure moves briskly, with tense and evocative scenes. It is a nuanced tale with sophisticated characters and sub-worlds that are as fascinating and as real as the one that excites the imagination of readers. Throughout, Bull mesmerizes with his beautiful prose, keeping readers captivated by the vivid descriptions and the exciting dialogues, and creating characters that are lovable.