6 Reasons To Get Excited Over The Meg 2: The Trench 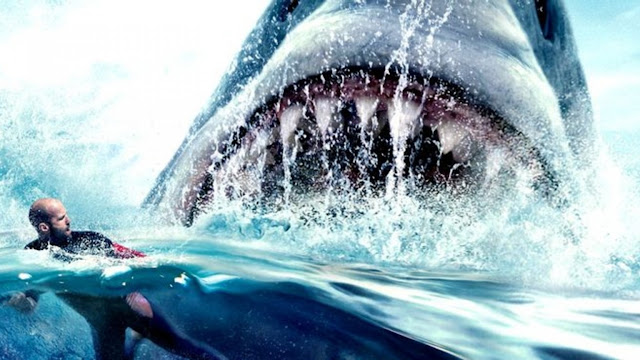 The megalodon was both an incredible and frightening predator that ruled the oceans some two million years ago. This prehistoric shark grew up to 50 feet in length. If it’s still around today, no sea would be safe. Good thing the megalodon now only lives in books and movies like The Meg, which will be getting its sequel soon.

To appreciate the size and get a glimpse of how mighty the megalodon was in its time, you can head on to sites like Fossilera and get up close and personal with its actual massive teeth. While you’re at it, below are some reasons you need to get excited over the upcoming The Meg 2 movie release…

If you think people had enough of sharks frightening them–at least on the silver screen–then you may be getting the wrong impression. The first installment of The Meg, released in 2018, was a box office hit.

The film about a colossal prehistoric shark starring Jason Statham and directed by Jon Turteltaub raked in an equally massive earning of $44.5 million in its domestic opening alone. It was the biggest opening in the United States that year.

Now, with that kind of box office performance, moviegoers can expect that the sequel can only have bigger, if not better, visual effects. Plus, with Jason Statham onboard to reprise his role from the first installment, one can almost feel the action that will be going on in The Meg 2.

Steven Spielberg’s creation in the seventies made a big splash in cinemas worldwide and captured the viewing public’s imagination–and fear. Since that time, there has been no shortage of monsters from the deep gracing big and small screens. When it comes to bad guys from the ocean, nothing comes close to a megalodon. It’s big, nasty, and one of the terrifying prehistoric predators that can give anyone nightmares. Any monster fan worth their salt wouldn’t want to miss The Meg 2.

3. No More Dystopian Or Apocalyptic Flicks

The whole world virtually stopped at a standstill during the pandemic. For close to two years now, everyone’s mood has been down, if not depressed. Most people are grappling with what can only be described as a dystopian or apocalyptic atmosphere. So, as cinemas slowly open for business, would anyone even spend money for a movie that will make them feel even more pessimistic? Of course, not.

A megalodon movie will surely provide the fun and adrenaline rush most people have missed out on these past two years. The Meg 2 will be like a magic potion at a time when the world is still reeling from a pandemic.

4. It’s Jason Statham Vs. Megalodon, Round 2

Movie fans know Jason Statham. He’s a Hollywood A-lister with several action movie blockbusters under his belt. The box office performance of the first installment of The Meg can attest to this action star’s commercial success. That said, seeing him fight off a prehistoric underwater predator–for the second time–will surely be a treat at a time of a pandemic.

5. The Movie Takes On The Human Vs. Nature Theme

The world has lost millions of people in the pandemic. If people can help it, no one would want to see more humans suffer and pass on. While action movies can provide the thrill ride that everyone needs right now, many people would find it distasteful to see one human committing violence against other humans. In other words, enough of human death.

But, it’s a whole different ballgame to see fellow humans fighting off one of nature’s beasts. The Meg 2 will show how humanity will continue to survive as it takes on the classic humans versus nature theme. In a pandemic, the megalodon may very well be a symbolism for the virus that has claimed millions of lives. The Meg 2 should provide some inspiration for moviegoers.

6. It’s Not A Knockoff Shark Flick

If you’ve watched Steven Spielberg’s classic movie about a killer great white shark preying on people, then it’s safe to say that you’ve seen it all when it comes to shark flicks. Arguably, no other shark movie comes close to it. Every other shark-themed flick that came after it may well be considered as a knockoff of the Spielberg masterpiece.

Well, The Meg and its upcoming sequel are not imitation flicks. Right from the first installment, creators of The Meg have added elements never seen before in cinemas. For one, the prehistoric aspect of the main antagonist adds more mystery to the movie. Both action fans and science enthusiasts will have a field day with a megalodon movie.