AEI Client Lisa Cerasoli's On The Brink Of Bliss And Insanity:Finalist in the 2009 Book of the Year Awards 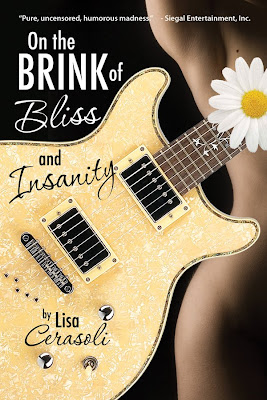 ForeWord Reviews is pleased to announce the finalists in the 2009 Book of the Year Awards. The finalists, representing 360 publishers, were selected from 1,400 entries in 60 categories. These books are examples of independent publishing at its best.

The winners will be determined by a panel of librarians and booksellers selected from our readership. Gold, Silver, and Bronze winners, as well as Editor's Choice Prizes for Fiction and Nonfiction will be announced at a special program at BookExpo America in New York City on May 25. The winners of the two Editor's Choice Prizes will be awarded $1,500 each. The ceremony is open to all BEA attendees.

ForeWord's Book of the Year Awards program was designed to discover distinctive books from independent publishers across a number of genres. The Awards program often serves to provide these worthy projects with a second wind of publicity.

Winners to be announced at Book Expo America on May 25th in New York City.