Unlike other indie films this year, the Fox Searchlight release has had strong ticket sales since Oscar nominations were announced. 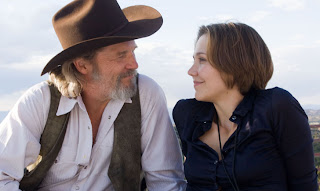 Purveyors of art-house films like to talk about the "Oscar bounce," the phenomenon by which niche movies see a surge in ticket-buying after being nominated for Academy Awards.

This year, few films are bouncing, as "Avatar" dominated the winter months and adult audiences continue to stay away from upscale dramas. Oscar nominees "An Education" and "A Single Man," for example, have earned only about $2 million apiece since the nominations were announced.

But "Crazy Heart," a story about an alcoholic, washed-up country singer that wasn't even scheduled to be released last year -- and isn't contending in the major categories of best picture or best director -- has proved a shining exception. The film has earned nearly $20 million since stars Jeff Bridges and Maggie Gyllenhaal were nominated for acting Oscars. (The film received a third nomination for original song.)

By topping the $2-million mark in total domestic box office last weekend, the drama became one of the most successful specialty films released in 2009, despite difficult subject matter and an R rating. Scott Cooper's film has shown remarkable staying power. Even as it begins its fourth month of release, the movie continues to widen, going from about 1,150 theaters last week to roughly 1,300 this week. And its numbers in those theaters still impress; the film saw its weekend receipts drop by just 17% last weekend compared with the previous one.

Part of the success of the Fox Searchlight film can be attributed to the simple matter of release date: "Crazy Heart" came out later than many of the other art-house pictures this season, thus avoiding a crowded fall and also benefiting from the February Oscar attention. (The film was initially slated for this spring, but with Bridges headed off to shoot the remake of "True Grit" this month, he would have been unable to promote the film. So Searchlight accelerated the postproduction process and moved up the release to December.)

Searchlight has also been savvy about how quickly to push a film whose appeal isn't immediately understood from a quick television spot, allowing word-of-mouth to drive it. "The key to a platform release is like Goldilocks: You can't go too fast and can't go too slow," says Fox Searchlight President Stephen Gilula.

But perhaps most notable is the way the movie has crossed over from the art house to a mainstream older audience. The film has performed extremely well among viewers older than 50, which can be gauged by its performance in cities in Florida and elsewhere.

"Bridges is sort of an antihero in the movie, and he's smoking and drinking, so we weren't sure how it would play with audiences over 50 or 60," Gilula says. "But there's so much goodwill for Bridges and his filmography. This is an actor who has been working for four decades. I think a lot of older people want to see his achievement in this film."