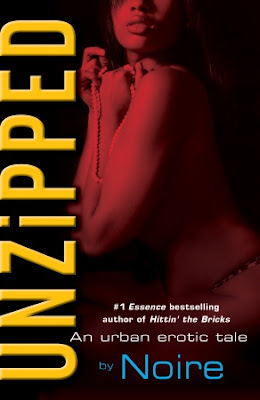 
“Raw, in your face, and straight from the street. Urban erotica has never been hotter!”
−Nikki Turner

Have you ever had everything you love snatched from your hands in the blink of an eye? What is it like to watch helplessly as those you cherish burn to a crisp? Have you ever heard a mournful cry for street justice and then realized that the only person left to heed the call was you? In her fifth novel, Noire follows twin sisters Pearl and Diamond Baines who are chased by some of the most notorious ballers in New York City. But while their father, ex-gangsta Irish Baines, devotes his life to rehabilitating young thugs, his sexy twin daughters fall hard for the glamour and glitter of strip clubs and street life. Pearl is able to shake off the trappings of the hood in search of a better future, graduating at the top of her class and becoming an FBI agent, while Diamond is seduced by the call of the streets and finds herself deeply entrenched in the grimy underworld of illicit sex, drugs, and big-money balling.

When Mookie Mason, their father’s archenemy and the most ruthless gangsta in Harlem, orders a fire that kills the entire Baines family except for Pearl, she becomes unzipped, hell-bent on retribution. Pearl puts her FBI training and tactical skills to work in a murderous mission designed to do what her father wasn’t able to: take down Mookie Mason and his entire crew, one at a time.

With UNZIPPED, Noire delivers the hard-hitting action, sensual love scenes, and intensely real and relatable characters that stand to prove why she is the undoubted Queen of Urban Erotica.

NOIRE is widely known as the Queen of Urban Erotica and is a #1 Essence bestselling author. Noire exploded onto the literary scene by penning six bestselling novels in a span of two short years. The editor in chief of NoireMagazine.com, known as the most original online source of street elite urban entertainment, Noire hails from the streets of New York and her hip-hop stories pulsate with urban flavor.