AEI's The Lost Valentine a Hit! 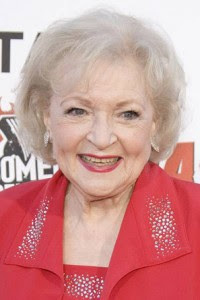 On Sunday, it will be one year since Betty White stormed into pop culture with a memorable Super Bowl ad at last year's Super Bowl, which led to a Saturday Night Live hosting gig, a hit sitcom, awards and more. A year later, the Betty White express is not slowing down. Last night, at age 89, she won her first comedy actress SAG Award for TV Land's Hot in Cleveland and delivered CBS' best TV movie ratings in years. The Lost Valentine (2.3/6 in 18-49, 14.5 million viewers) marked a big rebound for The Hallmark Hall of Fame franchise, which has been languishing in the ratings, drawing the largest audience since Jan. 2007 (Valley of Light) and highest 18-49 and 25-54 ratings since Dec. 2008. (Front of the Class). Appropriately, Betty White faced NFL competition, the 2011 NFC-AFC Pro Bowl on Fox (7:30-10:30 PM), which is projected to win the night (its preliminary, non-time adjusted ratings of 4.4/12 in 18-49 and 12.4 million viewers will be adjusted up.)

Email ThisBlogThis!Share to TwitterShare to FacebookShare to Pinterest
Labels: The Last Valentine