The actor and activist—and Jake’s big sis—has godly power as she starts an Off Broadway Three Sisters. 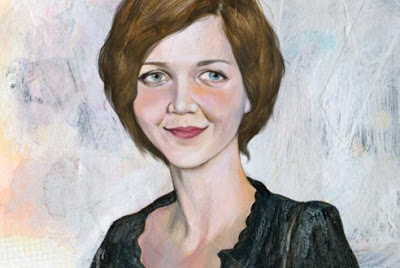 Three Sisters is a return to Chekhov for you, right?
Yeah, we did Uncle Vanya, like, two years ago.

Is it a bummer, all that bleak, fatalistic Russian stuff?
It’s funny; the thing about Chekhov is that the stakes are so high, and people need things so deeply. It’s ecstatic and it’s also, you know, desperately sad.

The two of you are a Brooklyn power couple. Are there any parts of Park Slope that you can’t handle?
I don’t know, I don’t want to talk bad about Park Slope.

Not even talk smack about the Park Slope Food Coop? That’s the go-to for complaining.
I think I’d better not. I think I’d have an army after me if I did that.

What’s the weirdest note you’ve ever received from anyone on a set or stage?
I got a great note from Oliver Stone [for World Trade Center]. When we came back from lunch, he said, “I don’t know what happened to you, Maggie. You’re terrible!” [Laughs] I was like, “Okay, well, can you help me?” He took both my hands and looked into my eyes and said, “I give you the power of Zeus!” And it totally worked.

Email ThisBlogThis!Share to TwitterShare to FacebookShare to Pinterest
Labels: Hysteria