Mrs. Kennedy And Me 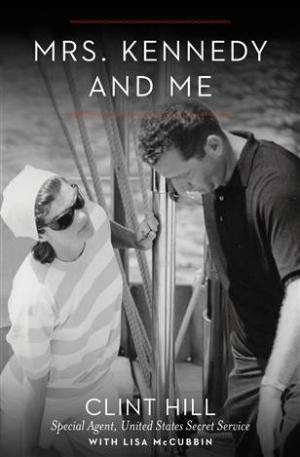 By Stephen Steigman and Steve Kraske
When shots rang out in Dallas, Secret Service agent Clint Hill jumped in the back of President John F. Kennedy’s car.

In the first half of Wednesday's Up to Date, the Clint Hill joins us to talk about that now-infamous November day and about the four years he served on Jackie Kennedy’s detail.

We’ll learn about how the First Lady felt about taking shelter during the Cuban Missile Crisis, about JFK’s last birthday party abroad the U.S.S. Sequoia … and hear details about a conversation he had with the president about Aristotle Onassis.

Hill is author of Mrs. Kennedy and Me: An Intimate Memoir.

Hear More: Clint Hill speaks this evening at 7 at Unity Temple on the Plaza. For more information, contact Rainy Day Books in Fairway at 913 384 3126.

Clinton J. Hill (b.1932) attended Concordia College, Minnesota, where he studied history. After graduating in 1954 he joined the US Army. He left in 1957 and found work with the Chicago, Burlington & Quincy Railroad.
Hill entered the Secret Service in September 1958. Hill did investigative and protection work in Denver until 1959 when he was assigned to the staff of the White House where he helped to protect Dwight Eisenhower and John F. Kennedy.
In November 1963 Hill went on the presidential trip to Texas. His special duty was to protect Jackie Kennedy. On the motorcade tour of Dallas on 22nd November, 1963, Hill rode on the running board of the Secret Service car immediately behind the presidential car. After the first shot was fired Hill ran forward: "I jumped onto the left rear step of the Presidential automobile. Mrs. Kennedy shouted, "They've shot his head off," then turned and raised out of her seat as if she were reaching to her right rear toward the back of the car for something that had blown out. I forced her back into her seat and placed my body above President and Mrs. Kennedy."
Hill was praised for his bravery. He was the only Secret Service agent who attempted to cover the president's body with his own.