My Addiction Discusses The Messiah Matrix 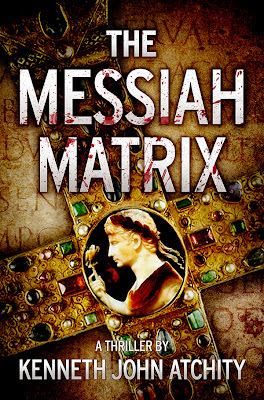 
His Twenty Books Include:


Kenneth represents writers of both fiction and nonfiction. He accounts for numerous bestsellers and movies both produced in television and on the big screen. In 2011 he was nominated for an Emmy Award for Producing “The Kennedy Detail.”


We are very pleased to introduce our readers to his latest addition to storytelling which is his first novel called The Messiah Matrix.


Kenneth – thank you so much for giving me this interview. From the interviews I have done so far over the past year I’m fairly positive that you must be one of the most aspiring authors I have ever done an interview on.

1.    As a start I always like for authors to tell us a bit about themselves. Where did your journey start, what made you start writing?


I’m sure it was my mother egging me on from the kitchen as I sat at the table turning an essay into a short story. She came up with some preposterous plots, but I modified them and made them work. Her mantra was “go for it”!


2.    I have to ask (and I know I have asked some other authors the same thing), how do you approach your writing? A lot of writers build their story. They first develop their characters, then develop their plot and then start writing. Others just jump into it from the word go.


Every project is different, but the FIRST THING I always do is to carve out time each day to work on my current ‘creative project.’ Without time, we have nothing—and it is time that gets work done.


3.    Another question that I have asked before but would like your input on is how do you treat sequel writing? As an author (unpublished but striving) myself, I had written my 1st novel, whilst I was going / am going through the editing process I started work on its sequel.  I found that as my story progressed there was some stuff that came up that I wanted to add into the first novel which I thought would tie them together. Do you experience similar notions? If you did how do you deal with it? 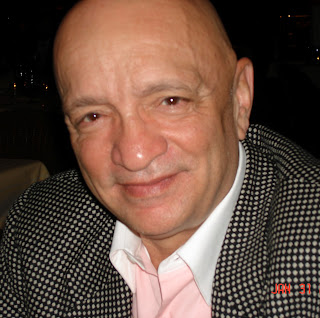 I don’t have the ‘sequel problem’ you’re experiencing. I focus on the story at hand, which is challenge enough in itself. I can see how that would get complicated though, and would have to understand in more detail to comment usefully.


4.    From basic reviews I had obtained on The Messiah Matrix I concluded that the novel covers a great story that is layered with romance, believable characters, wonderful settings and an unpredictable ending. Would you mind elaborating a bit on what readers could expect?


Readers can expect to be drawn into one of the greatest mysteries of the last two thousand years—how did the story of Jesus Christ get started? What is its provable historical roots?


5.    Where can readers follow your novels and latest updates?


The Messiah Matrix has its own website, www.messiahmatrix.com. We’d love nothing more than questions from readers on the blog section of that website. For my progress in general, check out kenatchity.blogspot.com and storymerchant.com.  Messiah and Seven Ways to Die also have their own Facebook pages.


6.    The novel has reached number one on kindle. How do you feel about that?


I was happily surprised, especially in England where it’s high on many lists and selling very well despite the fact that we haven’t begun to market it yet.

7.    Some readers claim that this novel was far better than the Da Vinci Code. This is high praise, what are your views?


Of course I knew the book would be compared to Dan Brown, whom I admire. My view is that the issues Messiah Matrix deals with are much more monumental—the very origins of Christianity—than Da Vinci, but I admire his mastery of detail, which I couldn’t hope to equal.


8.    Where did the idea come from for the writing of the Messiah Matrix?


It came from my Roman Catholic upbringing, and the doubts I began having at the age of 15 about the “facts” of the life of Jesus, and the “rules” of the Catholic Church. For example, everyone who ate meat on Fridays went to hell for all eternity if they didn’t receive confession before they died. THEN the Church changed the rules and said it’s okay to eat meat on Friday. So what happened to all those souls in hell for eating meat on Friday? The answer is that they’re still there because those were the rules when they were alive. Hmmm, I thought, what kind of God acts like that? Do these rules, in fact, have anything to do with God at all? Read the novel and find out.


9.    As a Christian, what can readers expect to discover with regards to the roots of Christianity, anti-Christian perspectives and general religious views. 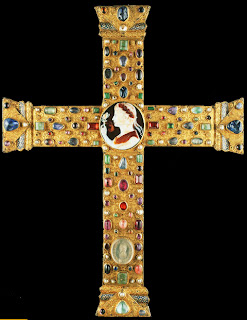 The book is very respectful of Christianity, and its basic peaceful doctrines; it’s much less tolerant of organized religion, which I personally believe is one of the greatest causers of violence the world has ever known. If read properly, the book actually acclaims that Christianity was founded in a magnificent way that should make everyone even prouder to be a Christian.


10.  You recently did an article on CNN religion’s site that read “the Jesus debate: man vs. myth. The article covers Timothy Freke’s discovery of a religious image that some would call obscene. From the description it was of a drawing from a third-century amulet depicting a naked man nailed to a cross. The name on the amulet however isn’t that of Jesus of Nazareth, instead it was a pseudonym for Osiris-Dionysus, a pagan god in ancient Mediterranean culture. How was this article received within the public? What’s your personal conclusion?


Why is a man hanging on a cross obscene if it’s Orpheus (not Osiris) and not obscene if it’s Jesus? Geez, this kind of stuff makes me nuts. The name on the amulet is actually Orpheus—Bacchus (another name of Dionysus).


1 1.  As an author, can you give struggling authors any advice on the way forward?


The way forward is persistence. Never give up. And, as the late great Ray Bradbury said, “Start writing more. It’ll get rid of all those moods you’re having!”

“Go for it!” and read The Messiah Matrix, and review it for amazon.