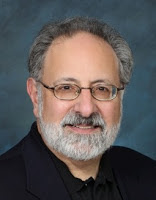 My favorite quotes to inspire creativity

During my many years spent as a Hollywood screenwriter, and now during my even longer tenure as a psychotherapist who treats people in the entertainment industry, I’ve come across a number of inspirational quotes concerning the creative act. Though usually short, often humorous or frankly rueful, the wisdom underlying these quotes derives from the long years of sweat, blood and tears that obviously gave rise to them.

Whether you're a writer, actor, director, composer or designer—and whether you're a veteran or just starting your career—I believe there's much to value in the sayings below. Proving once again that truth, like so many other things, often comes in small packages.

“All serious daring starts from within.” Eudora Welty

“Faith and doubt, both are needed, not as antagonists but working side by side, to take us around the unknown curve.”  Lillian Smith

“How do I work? I grope.”  Albert Einstein

“I work when I’m inspired, and I see to it that I’m inspired at nine o’clock every morning.”

“There is only one type of story in the world—your story.”  Ray Bradbury

“I have known happiness, for I have done good work.”  Robert Louis Stevenson

“Traveler, there is no path. Paths are made by walking.”  Antonio Machado

“Only the disciplined are free.”  James C. Penney

“Mistakes are the portals of discovery.”  James Joyce

“Plainly speaking, there is no such thing as certainty. There are only people who are certain.”

“It is not your obligation to complete your work, but you are not at liberty to quit.”

“When the last dime is gone, I’ll sit out on the curb with a pencil and a ten-cent notebook, and start the whole thing all over again.”  Preston Sturges