In July 2003, two Los Angeles hoodlums shot tweaker Christopher Walsh in the head, stuffed his body in a plastic garbage barrel, and stowed his remains in a Van Nuys storage unit. His brother, defense attorney Dennis Walsh, swore vengeance on LA’s criminal underground, telling anybody who would listen, “Nobody walks on this case.” Little did he know he’d become the biggest scourge on the underworld since Charles Bronson.

Dennis Walsh tells his own story with the kinetic aggression that drives filmmakers like Scorsese and Tarantino. His brash, violent, gleefully profane narrative never lags, leaving readers feeling like they’ve been pummeled by a true master pummeler. And while his cast of thousands may demand intense attention to keep names straight (keep notes on the endpaper), his story of realistic sublegal crime fighting makes CSI look wimpy by comparison.

Walsh’s father was a Cleveland PD detective who got rich working the other side. A one-time rising star of California’s Irish mob, he led his many sons into “the life.” The only Walsh without a record, Dennis did a hitch in the Navy, completed his law degree, and went into private practice, keeping bottom-feeders out of the hoosegow. This strange dual life made him perfect to nvestigate crimes where police cannot venture.

Christopher Walsh, Dennis’ youngest brother, drifted through life, got hooked on meth, and spent his final days among tweakers who’d surrendered normal humanity. Nobody heard from him for weeks before his remains surfaced. Seems tweakers don’t interact outside their circle, even when somebody has to clean up the blood. Even less when it means talking to the police: everybody knew who killed Christopher, but nobody would sing for the LAPD. 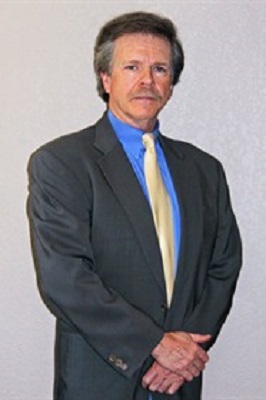 An an attorney with longstanding underground connections, Dennis stood in a unique position to haunt his brother’s killers. In his trademark Cleveland Indians ballcap and jeans, he infiltrated California’s insular meth-head community; with his brother Tim at his side, tweakers began saying “the Walsh Brothers” like you might say “Sinn Fein.” But his sharp suits and avuncular silver curls gave him unique access to California’s byzantine legal system, too.

Walsh tells a gripping story, shifting between Wild West vigilante heroics among an essentially lawless community, and the tense compromises necessary from an officer of the courts. One moment, Walsh and his brothers may serve a beat-down on some Valley scum-sucker to nab new leads. The next, he walks careful lines in the LA criminal court, perennially trying to stay on deputy DA Stephanie Sparagna's good side.

While Walsh remains the hero of his story—dude, meth-heads shot his brother in the face—he doesn’t flinch from his ad hoc morality. As an unwanted guest in a community with no law and little order, he often has no choice but to solve problems with his fists and lie to his allies. When the LAPD proves ill-equipped for Christopher’s case, Dennis helpfully offers to distribute old-fashioned street justice.

Even when the cops have Christopher’s killers behind bars, Dennis’s journey isn’t over. On Law & Order, everything looks so neat: 24 minutes for arrest, 24 minutes for trial, and by the credits, they (almost) always have the guilty party in chains. Not so, says Walsh: enterprising defendants can impede the legal process for years, while witnesses age, memories fade, and evidence languishes. Christopher’s killers prove astute heel-draggers.

Nothing proves easy in this story. While working both the courts and the criminal underworld, Dennis must also control his criminal brothers, keep his sources from discovering one another, and remain a viable vigilante after everyone treats him like Batman. He never recovers the murder weapon. It may be in the concrete foundations of actor Ving Rhames’s house, demonstrating how this case binds SoCal glamour with postmodern urban decay.

Not everyone will like this story. Walsh’s intense, meteoric narrative requires acute attention, especially since he compresses events that actually occured some time and distance apart. His raunchy prose may bother some readers, particularly his frequent f-bombs and casual violence. But Walsh’s deeply cinematic story, bolstered by heartfelt investment in events over a decade later, gives him distinct power. This stark, unforgiving story won’t leave you easily.