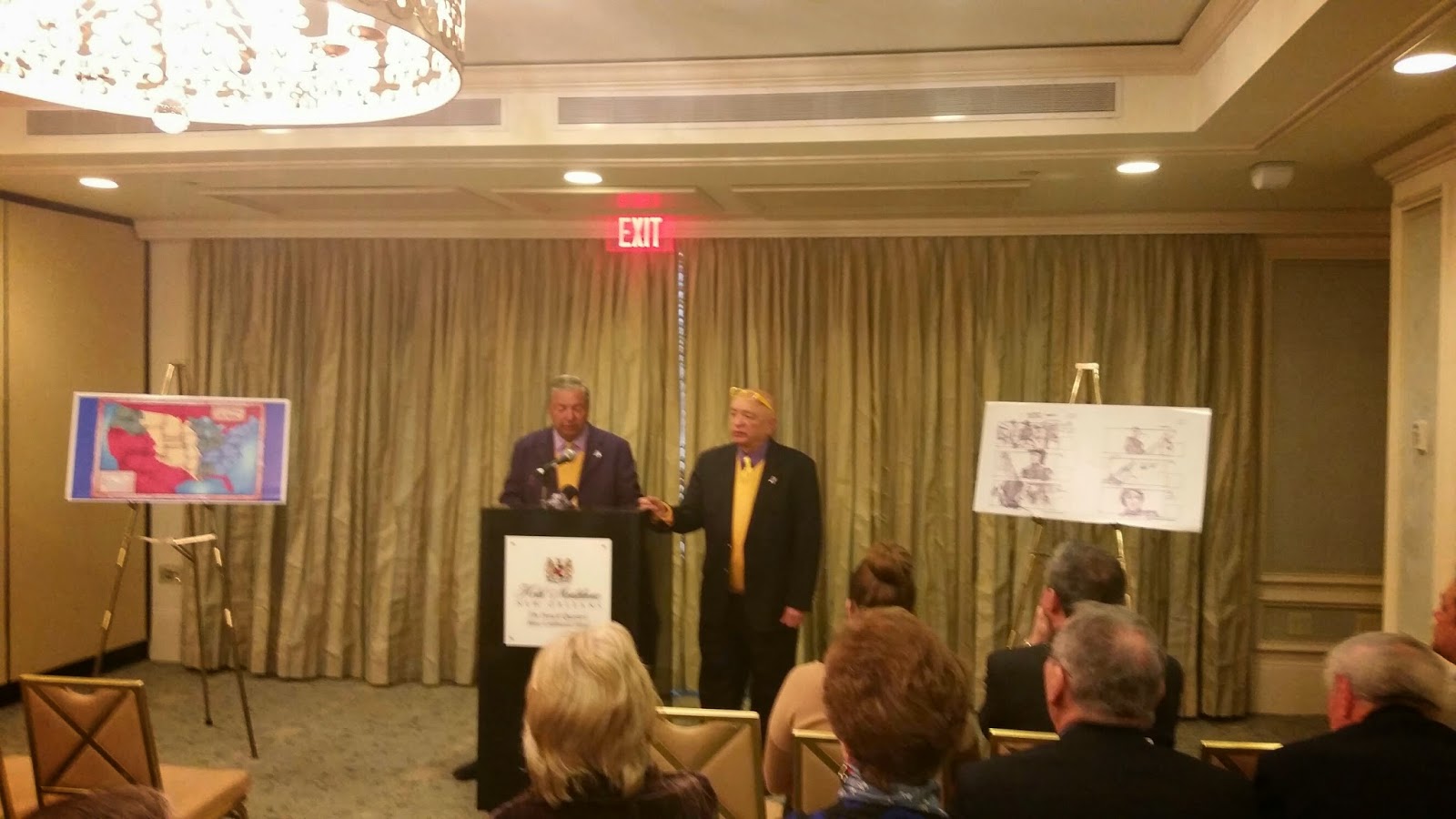 Lt. Governor Jay Dardenne announced plans for a major motion picture about the Battle of New Orleans. Ken and Fred Atchity of Atchity Brothers Entertainment will produce the feature film, Andrew Jackson—Battle For New Orleans, based on military historian Ron Drez’s latest book, The War of 1812: Conflict And Deception. The project is endorsed by the Battle of New Orleans Bicentennial Commission.

“We have commemorated the Battle of New Orleans Bicentennial all week and it’s exciting to end the week announcing a feature film to ensure the Battle’s story lives on,” Lt. Governor Dardenne said. “This film will remind the country that America’s success as a nation was solidified 200 years ago in Chalmette.”

Andrew Jackson arrived in New Orleans December 1814 to discover a local force in place with fewer than 1,000 soldiers. In two weeks he put together an army to face the grand British force. Jackson assembled a ragtag group of soldiers including pirates, free men of color, American Indians and visiting militia from other states. The battle ended with a U.S. victory on Jan. 8, 1815.

“Jackson’s unpredictable victory is made for film because everyone enjoys rooting for the underdog,” producer Ken Atchity said. “His leadership bringing together folks from every race, nationality and walk of life to create a force to defeat the vastly superior British Army and solidify our position as Americans is an important story to tell.”

The Battle of New Orleans was an important subject in pop culture during the mid-20th century. Films such as The Buccaneer focusing on pirate Jean Laffite and his contribution to the Battle in 1938 and the film’s remake in 1958 starring Yul Brynner were huge successes. In addition, Johnny Horton’s 1959 song The Battle of New Orleans topped the Billboard Hot 100 chart for six weeks.

“It would be great to see the Battle of New Orleans back in the pop culture spotlight,” Lt. Governor Dardenne said. “The story is interesting enough to capture the attention of any generation.”

The Atchity brothers are expected to announce actors and directors for the Battle of New Orleans film soon.

For more information about the Battle of New Orleans Bicentennial Commission, visit BattleOfNewOrleans2015.com or the commission’s Facebook page. Use #BONO2015 on social media.