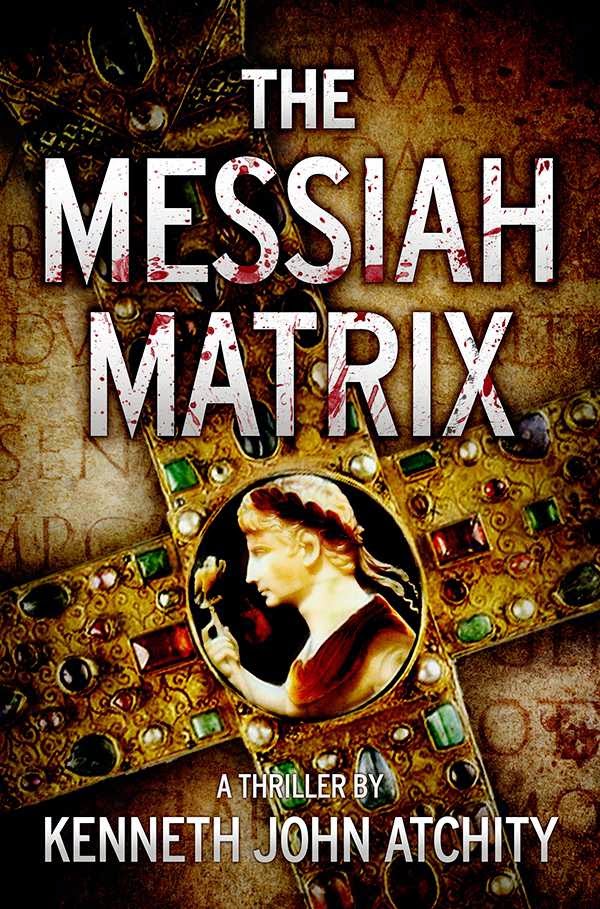 Kenneth John Atchity, Ph.D. is brilliant. His new novel, The Messiah Matrix, is a compelling story that may challenge readers to view religion differently.

Ken Atchity, a Classical scholar, accomplished author and Hollywood producer, does not disappoint his readers. The Messiah Matrix is a creative, thought-provoking, action-packed, historically laced, and masterfully detailed page-turner. (Watch out for paper cuts!–You’ll be turning the pages quickly. It’s that good!)

Searching for truth and the origin of Christianity, The Messiah Matrix draws the reader into a world of corruption, murder, romance, and rich history, set in beautiful Italy. Relying on extensive research, this story explores a controversial idea: The story of Jesus Christ may be different from the original story explained by the Bible and other sources.

Within the first two pages, I was hooked. The murder of the monsignor, the confession of one stranger, the diving expedition that uncovered a hidden and valuable artifact–every event spun part of the mystery into a web that wasn’t easy to unravel and exercised my brain muscles; it’s a cerebral experience, not just great entertainment. The writing transports the reader into a fictional drama with international flavor, and artfully educates.

Father Ryan, a young Jesuit priest, is obsessed with finding out why the monsignor was murdered and battles personal doubts about his own religious faith, questioning the troubling inconsistencies in Catholic doctrine. Fate brings him together with Emily, a beautiful and vivacious archaeologist who is also linked to the deceased monsignor. She too is searching for the truth behind the story of Jesus and wants to present her findings when the time is right.

The sexual energy grows between the characters of Ryan and Emily and while fighting his attraction for Emily, the reader senses Father Ryan’s torment and confusion. All the while, the reader is immersed in Roman history and the ancient story of Augustus, sometimes told in a flash back style, through Emily’s character sharing stories told to her by the late Monsignor.

The two travel together and slowly connect the unconnected to explain the origin of Jesus. Their revelations are not welcomed by the Catholic Church in Rome and put them in great danger. After a daring escape from the caves of Cumae, they are able to reveal the truth about the true “Christian Savior” and the reader may be surprised by the story’s ending.

The author includes a table at the back of the book that gives a clear comparison between his researched facts and the events of Jesus’ life highlighted in the Bible. Atchity does not preach or push his views on the reader. He factually establishes documented and historically reliable information that gives the reader freedom to decide for himself what he believes to be true.

Only Ken Atchity, who has expert knowledge of Christian history and classical training, can pull off scholarly work that reads like a fascinating, dramatic adventure, meant for the silver screen.

It is a controversial subject and some Catholics may be startled or surprised by what the author’s research revealed. I know I was. Brought up by strict Catholic parents and taught by the Jesuits at Boston College, I am a traditional believer; Yet during the reading of The Messiah Matrix, I had moments of doubt: “Could it be that what I had learned as a child wasn’t true?” Atchity’s fact-finding is that compelling!

At times, the book made me scratch my head in confusion and at other parts, curiosity kept me turning the pages. The Messiah Matrix is for anyone who loves thrillers, romance, and intrigue, and this writer highly recommends it.