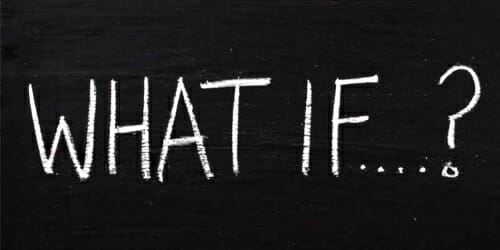 Studios today are producing, for the most part, two kinds of films. One type is pre-established franchises (comic books, TV series, famous novels, toys, such as Star Wars, Captain America, and The Hunger Games. The other type is high-concept scripts that are either conceived of in-house by executives, producers, managers, and agents who know what the market responds to — or by “spec” screenwriters determined to break the bank.

Writing even the greatest screenplay that isn’t high concept is choosing either the indie path or willful self-indulgence.

Dealing with “high concept” is one of the most challenging and frustrating tasks of the Hollywood writer, agent, or producer; reducing the story to a compelling logline is what high concept is all about. As a former academic not prepared for a world focused on marketing, it took me years to realize that the term “high concept” means almost its opposite. It means “simple concept,” as in Fatal Attraction: An innocent smile at a party turns a married man’s life upside down and put his family in mortal jeopardy.

Sometimes a title is its own high concept, as with Margaret Mitchell’s best-selling novel Gone with the Wind, the extended logline of which would be: “Against the backdrop of the great Civil War, a narcissistic Southern beauty obsessed with idyllic love struggles to reconstruct her life and finds that her true love is closer than she thinks.”

High concept is a story that will compel the broadest audiences to watch the movie after hearing a pitch of only a few, or sometimes even one, word(s):

These examples of high concept are pitched by their very titles. It’s enough to hear the title—and know that Adam Sandler and Jack Nicholson star—to compel audiences to the box office for Anger Management.

“Die Hard on a boat,” was allegedly the logline line that led to the sale of Steven Seagall’s Under Siege.

Titles like The Fisher King, Seven Days in May, Snow Falling on Cedars, The Shipping News may be evocative, but do not express a high concept that will instantly lure audiences. Though such titles may get lucky and become successful movies, in today’s blockbuster market they’d be swimming upstream.

Nothing is more important to marketing your story than a “high concept logline” that makes it immediately stand out from all those stories that are subtle, nuanced, and difficult to pitch, and that depend entirely upon “execution.” Here are some more examples that have led my companies or others to sales:

• “Jurassic Shark!” (the two-word description given AEI client Steve Alten’s Meg by ICM-agent Jeff Robinov, who spearheaded a “preempt” from Disney for $1.1 million; the story was then re-sold to Newline, and then to Warner Brothers)

• When the most obnoxious guy in the world realizes he’s become an asshole on a false premise, he makes a list of all the people he’s wronged and sets out to repay them one by one. (John Scott Shepherd’s Henry’s List of Wrongs, sold to New Line Pictures for $1.6 million).

• Life or Something Like It: An ambitious and self-involved reporter is sparked into action to change the pattern of her life when she interviews a street-psychic who tells her that her life is meaningless—and that she’s going to die—soon.
• The Madam’s Family: The true “Canal Street Brothel” story of three generations of madams and their battle against persecution by the FBI.

• The Lost Valentine: A man and woman find the love of their lifetimes when they’re brought together to memorialize the bittersweet story of a doomed World War II pilot and the wife who promised to wait forever for his return.

A woman or a family in jeopardy
The Shallows: While riding the waves at a remote beach, a young surfer finds herself injured and stranded just twenty miles from shore on a buoy—as a great white shark begins stalking her.

Room: After being abducted, abused, and imprisoned for seven years in a small windowless room a mother devises a bold escape plan.

An ordinary woman in extraordinary circumstances

The Danish Girl: What happens if the husband you adore needs to be a woman?

Woman in Gold: Six decades after World War II, a Jewish octogenarian begins a quest to reclaim the artwork confiscated from her family by the Nazis and now proudly celebrated by the Austrian government—including a famed Gustav Klimt masterpiece.

Men on a mission
Saving Private Ryan: US soldiers try to save their comrade who’s stationed behind enemy lines.

Bridge of Spies: At the height of the Cold War in 1960, the downing of an American spy plane and the pilot’s subsequent capture by the Soviets draws Brooklyn attorney James Donovan into the middle of an intense effort to secure the aviator’s release.

Man against nature
The Martian: He was left behind—on Mars.

The Revenant: A frontiersman fights for survival after being mauled by a grizzly and left for dead by his own hunting team.

Man or woman against the system
Spotlight: A Boston news team sets out to expose numerous cases of child molestation and cover up on the part of the local Catholic Archdiocese.

Concussion: A pathologist uncovers the truth about brain damage in football players who suffer repeated concussions and comes up against the corporate power of the NFL.

Class Action: A female attorney finds that her nemesis is her own father, and must choose between her corporate client and justice.

A woman escaping from something or someone she loves.

The Perfect Guy: After breaking up with her boyfriend, a professional woman gets involved with a man who seems almost too good to be true.

Enough: On the run from an abusive husband, a young mother begins to train herself to fight back.

Sleeping with the Enemy: A young woman fakes her own death in an attempt to escape her nightmarish marriage, but discovers it’s impossible to elude her controlling husband.

If you can do that, and your writing effectively expresses your vision, you’re only steps away from recognition in the toughest story marketplace of all.