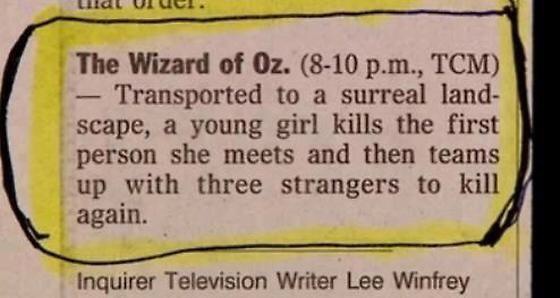 The "log line" is a one-line description of the story, very much like the one-liners you would read in TV Guide ("Hollywood makes movies you can advertise on TV," says pro Joe Roth).
It's not necessary for your log line to mention character names. A strong character trait will do - with a dramatic teaser about the story. All log lines go back to that ancient storyteller's formula, "What would happen if a character like x ended up in a situation like y."
Next add a specific catch word that quickly tell the reader what the story is about. Is it about love, greed, obsession murder, family turmoil? Once you're set on one or two words you can push out from there adding a few more economical adjectives and verbs to make up your logline.
A high concept log line that makes a story out of one of the most universal
human emotions:
fear, love, hate, envy, etc.
deadly sins: anger, greed, lust, etc.
plot motivators: betrayal, vengeance, discovery, rebirth, survival, etc.
virtues: loyalty, faith, responsibility, etc.
and incarnates that element in characters we can care about, relate to, and root for to shape an "original story" that feels both fresh and relevant to today's global market. If you can do that, and your writing equals your vision, you're only steps away from financial success and recognition on the biggest screen of all.

"Cape Fear": A lawyer's family is stalked by a man he once helped put in jail.

"Saving Private Ryan": US soldiers try to save their comrade who's stationed behind enemy lines.

"Castaway": A FedEx executive must transform himself physically and emotionally to survive after a crash landing on a deserted island.

"Cliffhanger": A retired mountain climber must conquer an unclimbable peak to save the survivors of a plane crash from certain death.

"Class Action": A female attorney finds that her nemesis is her own father, and must choose between her corporate client and justice."


"Enough": On the run from an abusive husband, a young mother begins to train herself to fight back.

A blade runner must pursue and terminate four replicants who stole a ship in space, and have returned to Earth to find their creator.

“The ageing patriarch of an organized crime dynasty transfers control of his clandestine empire to his reluctant son.”

A computer hacker learns from mysterious rebels about the true nature of his reality and his role in the war against its controllers.

“Two imprisoned men bond over a number of years, finding solace and eventual redemption through acts of common decency.”

After a simple jewelry heist goes terribly wrong, the surviving criminals begin to suspect that one of them is a police informant.

Three buddies wake up from a bachelor party in Las Vegas, with no memory of the previous night and the bachelor missing. They make their way around the city in order to find their friend before his wedding.

A human soldier is sent from 2029 to 1984 to stop an almost indestructible cyborg killing machine, sent from the same year, which has been programmed to execute a young woman whose unborn son is the key to humanity’s future salvation.

Bagheera the Panther and Baloo the Bear have a difficult time trying to convince a boy to leave the jungle for human civilization.

Nemo, after he ventures into the open sea, despite his father’s constant warnings about many of the ocean’s dangers. Nemo is abducted by a boat and netted up and sent to a dentist’s office in Sydney.

Lester Burnham, a depressed suburban father in a mid-life crisis, decides to turn his hectic life around after becoming infatuated with his daughter’s attractive friend.

Email ThisBlogThis!Share to TwitterShare to FacebookShare to Pinterest
Labels: filmmaking, Hollywood, Loglines, screenwriting, Sell Your Story to Hollywood, Tell Your Story to the World & Sell it for Millions, writing, writing community, Writing Treatments That Sell