Guest Post: Reading is bad for your eyes but... by Jerry Amernic 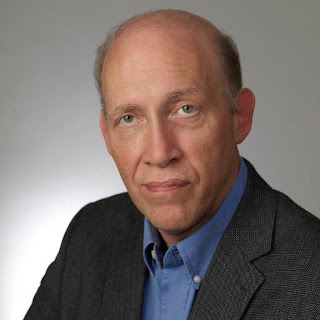 When Jean Chretien was Prime Minister of Canada he once said something about the country’s founding in 1864, but Canada became a country in 1867. Every Canadian knows that. Right? Well, apparently not. By the same token U.S. President Donald Trump isn’t exactly up on American history.

His interview the other day with The Washington Post revealed that he doesn’t know why the Civil War took place and that Andrew Jackson was “really angry” about it. This is quite a stretch when you consider that Jackson died in 1845 and the Civil War began in 1861.

One week earlier Trump was interviewed by Reuters. In that one, he wondered why the Israelis and Palestinians have been fighting all these years.

“There is no reason there’s not peace between Israel and the Palestinians – none whatsoever,” he said.

Isn’t it important for world leaders to know a thing or two about history? One would think it should be a prerequisite for office. How can a world leader make informed decisions if he or she doesn’t know anything about the past?

Welcome to the brave new world of the 21st century. It’s a world where we have more information at our fingertips than ever before and people seem to know less than ever. Why? Here are a few reasons.

1.    The education system is sadly lacking (I’m being generous when I say this).

2.    There is so much choice out there, in terms of what information we want and how we get it, that many take the easy route. Put another way, in the old days you went to the library, but now you go to Wikipedia.

3.    Extension of point no. 2 – There is so much choice and so little time that people, by and large, no longer read anything of substance.

Which is kind of where we are today, only worse. For the record, here are a few items from my bookshelf that I recommend to young people and current world leaders.

It’s only a beginning. But it’s something.

Jerry Amernic is a Canadian writer of fiction and non-fiction books. He is the author of the  Holocaust-related novel 'The Last Witness' and the biblical-historical thriller 'QUMRAN'