Dark Money is eligible to receive the Fan Favorite award! Anyone can vote between now and August 15th.

To vote, you must tweet at us by mentioning @redcityreview and write the name of the book and author you want to nominate. Please also use the hashtag #redcityreviewfanfavorite. 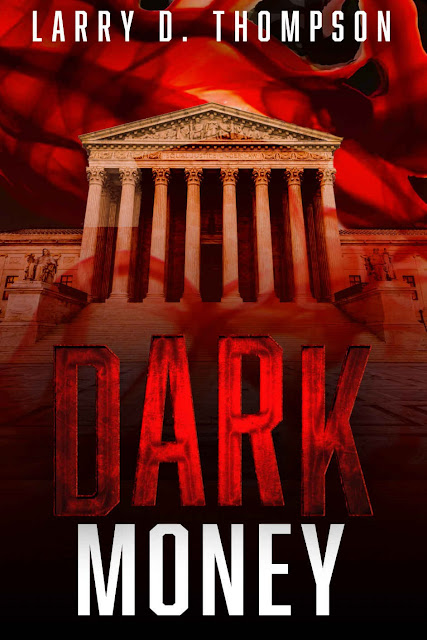 "Dark Money is a delightful detective yarn but, more than that, it brings to light the terrible . . . corruption of American politics. Highly recommended."

Jack Bryant, a millionaire plaintiff lawyer, is caught up in the collision of money and politics when he receives a call from his old army buddy Walt Frazier. Walt needs his assistance in evaluating security for Texas Governor Rob Lardner at a Halloween costume fundraiser thrown by one of the nation’s richest Republican billionaires at his mansion in Fort Worth.

Miriam Van Zandt is the best marksman among The Alamo Defenders, an anti-government militia group in West Texas. She attends the fundraiser dressed as a cat burglar, wounds the governor, and murders the host’s brother, another Republican billionaire. She is shot in the leg but manages to escape.

Jack is appointed special prosecutor and calls in the Texas DPS SWAT team to track Van Zandt and attack The Alamo Defenders’ compound in a lonely part of West Texas. Van Zandt’s father, founder of the Defenders, is killed in the attack and Miriam is left in a coma. The authorities declare victory and close the case—but Jack knows better.

The person behind the Halloween massacre has yet to be caught. When Walt and the protective detail are sued by the fundraiser host and the widow of the dead man, Jack follows the dark money of political contributions from the Cayman Islands to Washington to Eastern Europe, and New Orleans.

Dark Money is a thriller, a mystery and an expose for fans of John Grisham and Joseph Finder.