THE SECRET HISTORY OF ‘JANE EYRE’: HOW CHARLOTTE BRONTE WROTE HER MASTERPIECE 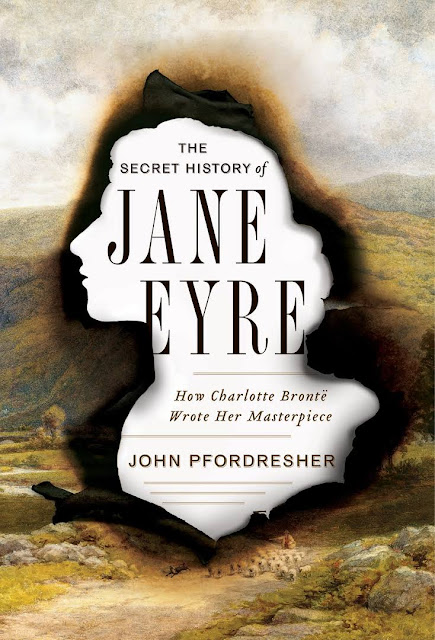 If I had read this admirable study by John Pfordresher, a professor of English at Georgetown University, of the enormous amount of lived experience Charlotte Bronte put into her novelistic Magnum Opus “Jane Eyre” even a few months ago, I would have thought it a little bit superfluous. After all, more than any other novel I have read, it strikes one with such immediate force, inducing a visceral reaction, an immediate empathy with the eponymous heroine.

Reading about the powerful emotions, even more powerfully expressed, in its opening which the bullied, scorned child Jane feels while locked in that infernal room, you would have to have the stoniest of hearts not to be moved to your very core.

But recently at an academic symposium, I had to sit and listen while a professor at a prestigious British university bloviated — seemingly endlessly — about what a ludicrous provincial figure Charlotte Bronte cut in London literary society.

In an insufferably superior manner, he mocked her Yorkshire accent, her dour demeanor, the paucity of her conversational skills, all the while paying lip service to her as a great writer. His whole point, insofar as one could grasp it amid the excess verbiage, was how could this ridiculous creature have produced such great books?

Had I been able to get a word in edgewise, what I would have said was “you just don’t get it, man!” And what I was thinking was “pity your poor students whom you are so misleading.” Didn’t he realize that perhaps the central point of “Jane Eyre” is that a small, unprepossessing young woman could possess a strength of character and of will so powerful as to be all-consuming and literally terrifying?

After all, when she does eventually get the once so formidable Mr. Rochester, who had deceived, teased and tormented even as he bewitched her, he is much reduced and physically as well as emotionally in her power. Make no mistake, it is the small, plain woman who has the upper hand now.

So if there are people like this strutting their false stuff in the groves of academe, Mr. Pfordresher’s students are fortunate indeed to have a guide like him to Charlotte Bronte’s life and oeuvre who understands how intricately they are intertwined. And so are the readers of this book, which now seems to me a good deal less redundant and a great deal more necessary than I might previously have thought.

This is indubitably a teacher and a critic who has enormous respect for Charlotte Bronte. And he knows how to express it through the words of those who actually knew her:

“When the well-known critic Harriet Martineau visited the family home in Haworth in later years she felt ‘something inexpressibly affecting in the aspect of the frail little creature who had done such wonderful things, and who was able to bear up, with so bright an eye and so composed a countenance, under not only such a weight of sorrow, but such a prospect of solitude. In her deep mourning dress (neat as a Quaker’s), with her beautiful hair, smooth and brown, her fine eyes, and her sensible face indicating a habit of self-control, she seemed a perfect household image.’ “
And how to add his own penetrating insight to this perceptive, respectful portrait:

“Reading ‘Jane Eyre’ we know how much of a personal victory Bronte had achieved through that self-control and how many secrets her composed countenance had concealed.”

That sentence, with which Mr. Pfordresher concludes his fine study, is nothing less than the distillation of his thesis and the multiple demonstrations of its validity.

Although Mr. Pfordresher gives due attention to Charlotte Bronte’s other works like “Shirley” and “Villette,” it is no accident that his title and subtitle enshrine “Jane Eyre” as her masterpiece; and rightly so.

It needs emphasizing that, just as the academic canon has come to elevate Jane Austen’s “Emma” on grounds of its structural perfection over her masterpiece “Pride and Prejudice,” it has tried the same legerdemain (albeit less successfully) with “Villette.” Here, the author demonstrates convincingly that although this last of Bronte’s novels published in her all too short lifetime draws more directly on her thwarted love for her teacher Constantin Heger in Brussels, Jane’s obsessive love for Mr. Rochester draws even more strongly on it.

And it is important never to lose sight that, however accomplished “Villette” is, “Jane Eyre” is, in addition to its manifold intrinsic virtues, probably the single most influential English novel ever written. Think “Rebecca” among so many other novels that could not have been written but for this magnificent precursor: a true and fruitful masterpiece indeed.

• Martin Rubin is a writer and critic in Pasadena, California.

Read more at The Washington Times