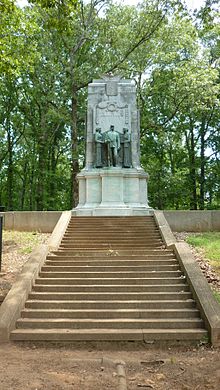 This is a story of one family and two wars separated by 100 years. The two wars happen to be the most divisive in American history – the Civil War of 1861-1865 and the Vietnam War which ended in 1975, but began either in the 1950s or the 1960s. It is a novel, but it is a novel so based on historical and real family events that it could almost be non-fiction. One of the main characters is actually the author.

Welcome to Sons of My Father by Michael Simpson.

Simpson tells two stories in this book. One is set largely in 1864, when Simpson’s small farmer ancestors (they were not slave owners) find the entire family caught up in the Civil War as both soldiers and non-combatants. After capturing Chattanooga, General William Tecumseh Sherman’s Union army is advancing on Atlanta. 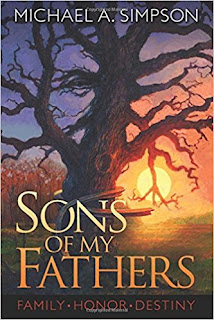 The countryside is in chaos – advance Union patrols, retreating Confederate soldiers, roaming bands of deserters and even criminals. Baylis Simpson has four sons fighting for the South and a daughter, son, and granddaughter at home. A band of deserters or criminals happens upon the two girls; the daughter is raped and the granddaughter is murdered. Baylis, on leave from the Georgia Home Guard for planting, tracks them down, and exacts revenge, the rapist meeting a particularly gruesome death. Baylis and one of his sons will then find their army units and discover themselves at the Battle of Kennesaw Mountain, the last hurdle before Sherman can take Atlanta.
This is the South in the Civil War. Lawlessness everywhere, law and order breaking down, farms often stripped of anything edible and women and children left to starve.

The second story starts in the early 1960s. Three boys – Alex Granger, Ron Simpson, and Ron’s younger brother Michael – are the closest of friends. Alex grows up with the Simpsons almost as a member of the family. His own father is dead and Ron and Michael’s father Harold, a veteran World War II Marine, helps to raise him.
The boys get into the kinds of pranks and escapades that boys often did in the 1960s. But as Alex and Ron graduate from high school, they decide to enlist in the Army. And what’s hanging over both of them is the Vietnam War.
Moving back and forth between the two narratives, Simpson paints a picture of the effects of war, the divisiveness of war, and the tremendous stresses that families experience in wartime. He also paints a picture of what happens when a highly trained helicopter pilot, understanding what happened with the My Lai Massacre, decides he can’t participate in the killing of the enemy. (This is based on a historical situation involving Ron Simpson, one that went to trial in federal court in Atlanta.)
Michael Simpson is a screenwriter, director, and producer of documentaries and feature films. His credits include the movies “Crazy Heart” and “Kidnaping Mr. Heineken” among many others. This is his first novel.

Sons of My Fathers is gripping, moving, and eye-opening. It tells the story of how the idea of duty and honor infuses families down through the generations. And it tells what happens when duty and honor collide with conscience.

Photograph: A Monument to Illinois soldiers who fought at Cheatham Hill, also known as the Dead Angle, the location where Simpson’s Confederate ancestors helped to hold off the Union Army advance for five days.