When ‘Based on a True Story’ Becomes a Lawsuit 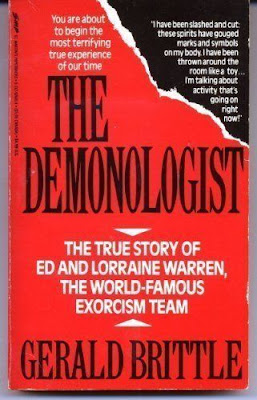 A judge has greenlit a trial for author Gerald Brittle against Warner Bros. for the rights to paranormal specialists Ed and Lorraine Warren’s story, specifically the events featured in his book “The Demonologist” and The Conjuring movie franchise. Claiming the rights to a true event seems like a bold move, but this case is a convoluted one. However, Warner Bros. could have avoided this huge lawsuit.

Before writing his book in 1978, Brittle made an agreement with the Warrens that for the rights to their story, there cannot be any “competing work,” which included movies. This provision in their book deal is still in effect today but Brittle was never asked for permission to use the events in his book in The Conjuring. Instead, the producers went directly to Lorraine Warren, who gave her okay.

Warner Bros. explanation for their disregard for Brittle’s book deal is that one person cannot have “a monopoly to tell stories about true-life figures and events.” The Conjuring claims what happens in the film is based on real events of the Warren files, but Brittle begs to differ.

There is no historical evidence of the witch, Satanic child sacrifices, and even possession that is featured in the movie. Those events take place in Brittle’s book, which he says the Warrens fabricated (unbeknownst to Brittle at the time of writing the book). So Brittle argues that the movie is based on his book instead of facts. He even goes into arguing that the production company told screenwriters not to read his book because they didn’t have the rights to it. How Brittle would know that is unclear.

This will be a tough case to decide on, especially since the subject matter is paranormal activities that can’t be truly proven. With that in mind, it might have been smarter on Warner Bros.’ part to cut the “based on historical events” claim, fictionalizing the story altogether. What makes the film interesting was apparently fiction anyway.

Without connecting itself to the Warrens’ case, The Conjuring is a movie filled with horror tropes and stories that have been told before. Horror films have been dealing with demonic possession, haunted families, and exorcisms long before The Conjuring franchise. Those things aren’t unique to the Warrens. Therefore without the Warrens’ name and the claim that the events are based on truth, The Conjuring could have been just as scary and successful as a regular fictional horror film without all this legal trouble.

Real events inspire horror movies all the time, but filmmakers can get away with making movies about them by not claiming any connection to them. Stating that a movie based on possession and ghosts is a true story should be taken with a grain of salt anyway, considering it’s very hard to prove those things are even real.