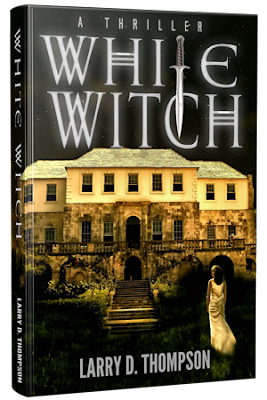 Legends are often passed on from one generation to another as the opening scene in this powerful historical novel allows readers to meet Annie Palmer known as the “White Witch.” Cruelty, abuse, hatred for her own slaves, murdered her husbands and took pride on torturing others, Annie Palmer’s spirit haunts the grounds of Rose Hall Plantation near Montego Bay. Born in Haiti to and English mother and Irish father living most of her life in Haiti. Voodoo or magic became part of her life when her parent’s dies and her nanny taught the ways of magic. Moving to Jamaica she met John Palmer who owned Rose Hall and here’s where our story gets interesting as she murdered him and her next two husbands. Almost as you hear her voice in the opening pages you can tell that she enjoyed hurting those she felt not worthy and many slaves were added to her death list. But, when Rudyard could not stand it anymore and his own child was in danger, he took matters into his own hands and killed her. Annie Palmer, did she have tendencies towards sadism or lechery?

Will Taylor is brought to Jamaica in order to help her boss Alexa Pritchard the President of a ruthless American Aluminum Company create a bauxite mine and destroy the Jamaican Rainforest. Will as head of security of this company his goal was to deal with the Maroon Nation’s people descendants of escaped slaves over 300 years ago. Global American Metals is the company and as you get to know Alexa, her treatment of those working for her you the reader will decide just how ruthless and deadly she is and what will happen if she wins.

The Maroons were escaped slaves and they ran from their Spanish-owned plantations when the British took the Caribbean island of Jamaica from Spain in 1655. Cimarrones is the Spanish word for Maroon meaning mountaineers. They ran to the mountainous areas of Jamaica where it was hard for their owners to follow and catch them creating their own independent communities as free people.

Will did not come alone but he and his team would face great resistance from the locals and the Maroons. Violence and deaths would ensue before all was said and done and the vital issue as to whether they Global will be stopped will cost lives. Rodney was a computer geek, Manny and Kaven made up the rest of the team. Alexa Pritchard was ruthless, unfeeling and wanted her staff at her beckon call. Dealing with her you wonder why Will or anyone else bothered as he rules and requirements went above and beyond corrupt as she bribed people in order to get the permits needed to create the mines and bring in her men. Arriving in Jamaica on Cudjoe day to celebrate the anniversary of the day the Maroon Chief signed the treaty with the British. If Global Medal succeeds then the rainforest will be destroyed and plant life and more won’t exist but they will rake in billions.
History relates that slaves arrived from Africa to work on the plantations increasing their population on Jamaica. When any slave dared to try and disappear and manages to find themselves in the mountains and joined the Maroon communities as long as the White Witch or Annie Palmer didn’t get to them first. Battles between the British, the Jamaican Government hoping to stop and defeat the Maroons, as they were a treat to their government. But, this war was about who owned the land and the Maroons claimed to own 150,000 acres as far as the eye can see whereas the treaty stated 1500 and Global Metal was going to fight to the finish to get their mines completed at all costs.

As we get to know Will and his team we realize that there are many who want to stop them at every turn. Kaven falls prey to an old friend who warns him that he’s in danger and should carry a gun. But, as the head of detectives Harper relates anyone found with a gun will wind up in gun court or worse. He is the chief engineer and when the Maroons begin their protests against Global Medal he is forced to helicopter to their site and hopefully reason with them but things get violent and he barely makes it out as the tensions build and the inevitable has yet to occur.

Colonel Rafael Broderick is the man in charge of the Maroon Nation and when things got out of hand and the police had to rescue Kaven what happens next would shake both the Maroon communities and the Jamaican. No one was safe from the wrath of Alexa who abused her employees with verbal insults, long hours and expecting them to adhere to her wants and needs even if they were illegal. When Kaven winds up dead and the investigation points to the Maroons things get tense and another person comes into view, Vertise Broderick who works for the local paper and has been stirring up more hype to try and stop Global but will she succeed?

Annie Palmer is thought to have been buried in on the grounds of Rose Hill. According to local lore that states her tomb was supposed to be sealed with a voodoo ritual, but it was never completed. Throughout the novel you will find that events happen that will lead you the reader to believe as some of the characters do that she rises up and roams free at Rose Hall. Added in some claim to have seen her ghost riding her horse around the plantation as if she is looking for her next victim to kill or even someone to replace the husband or slave she killed.

While Kaven’s murder is investigated someone goes after Rodney who has too much to drink and someone offer to take him to his room but his life is in danger and he winds up in critical care in the hospital. Added in Alexa could care less about him and it’s at this point that Will and Vertise join forces, more articles come out in the paper and with the help of her father they form a plan to take on Global as soon as he resigns. Alexa is ruthless, cruel and self-absorbed and not in the best health as she is told she might have been cursed by the White Witch. However, her actions speak even louder than words when Will, Vertise and the Maroon nation decide to sue Global and take her on. The matter in question is the Treaty signed by Cudjoe and the British and the fact that the amount of land is off by some zeros, the signature or X that Cudjoe signed on several documents needs to be authenticated and the fact that the treaty was never ratified seems to be the primary argument of the other side.

Author Larry Thompson shares the history of the battles, the Second Maroon War and the 300 Maroons in Trelawney Town that held out against 1500 troops and 3000 local volunteer troops. The fighting lasted five months and the Maroons were undefeated and that is when they were offered a treaty. This was not over and the Maroons were arrested against the peace agreement they accepted and sent to Nova Scotia and then to Sierra Leone, West Africa. As in the book Leonard Parkinson was one of the leaders of the Maroons and the local police put a price on his head dead or alive. At this time he was known as the Captain of the Maroons.

Getting to know Broderick and Vertise we learn more about the history of the Maroons, the treaty and the fact that they hired Matilda Massengale a tough lawyer born and bred in Jamaica to take on Global Metal. The pretrial generated a lot of publicity but when Colonel Broderick was killed by a sniper things get more intense and just who was behind the death you can only predict. Thinking it was over and that since he was the custodian of the treaty, Alexa thought she won but never underestimate Vertise as her father took care of that and she would be the new custodian of the treaty and take on the role of being in charge of the Maroon Nation.

The trial of the century you might say as Matilda enters the courtroom and Justice will be done she says. Colonel Broderick is an imposing figure but when he’s gone and Vertise takes over the reigns Pritchard goes full blast with Thomas and Henderson thinking she has brought in the big guns until they get to know Matilda. She is strong, does not falter, waver and her questioning skills are better than most lawyers that you deal with today as author Larry Thompson brings his expertise as a lawyer into play and the questions and courtroom scenes are vibrant, vital and interesting. The judge on the case is fair-minded, listens to both sides and definitely no nonsense.

Judge Lancaster listened as evidence was presented that the treaty only allotted the Maroons 1500 acres but the Henderson tried to prove that the documents did not deed them this amount and the witness’s comments about Cudjoe indicating there are several typos in the treaty but it was probably 100 years before there was a custodian who could read or write. Cudjoe could do neither. But, this took place before Broderick was killed and while he testified. Randy Bailey was the expert that appeared and defused everything the other side said about the treaty and was able to authenticate each part and each document even though Henderson and Thomas thought their witness would change it all. Just what the outcome is and the startling verdict as author Larry Thompson takes us deep inside the anger, minds and revenge that the Maroons wanted to inflict on Alexa Pritchard win or lose. Just who was responsible for all of the deaths, the destruction and the equipment falling over the cliff and a train blowing up? Was it Global, the Maroons or both? The ending takes Vertise inside the mind of the White Witch as the final dagger is in question and the end result of where it winds up will shock you. Remember Kavan died at the hand of one dagger and someone else the second. When Vertise decides with some of the Maroons to take matters in her own hands where the Third Dagger winds up with its gleaming ruby eyes you won’t believe. Who is the reincarnation of the White Witch? The finale is vividly described, the traitors are revealed as one side wins and the other side learns the power of Annie Palmer, Vertise Broderick and the Maroon Nation: Which side? Find out when you read White Witch but beware: Annie is watching your every move!