'I Can't Believe I Am The First,' Says Oscar-Nominated Female Cinematographer 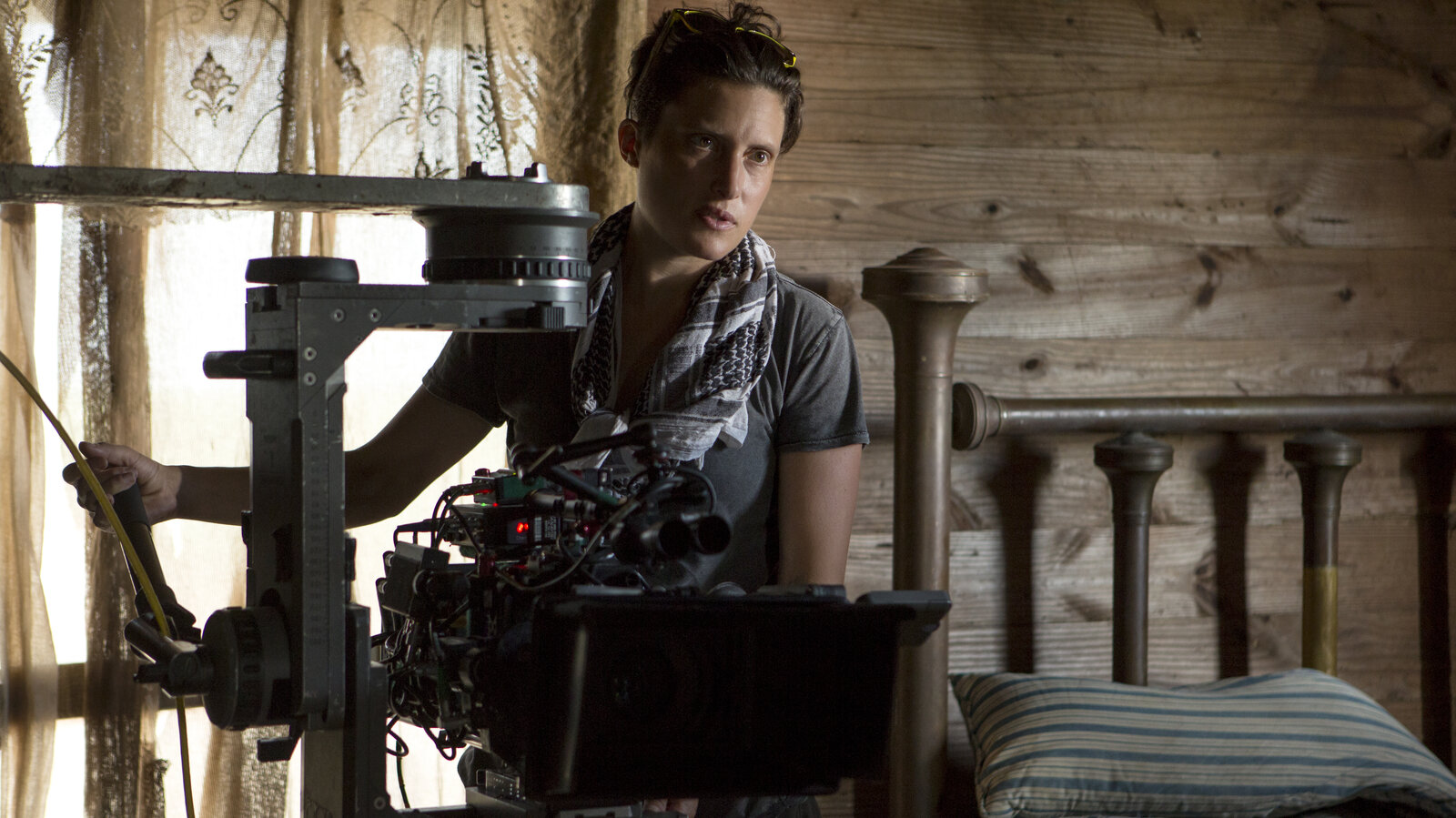 Rachel Morrison is the first woman ever nominated for an Oscar in cinematography.

It was her lensing on Mudbound that earned her this recognition, but Morrison also served as director of photography for the massive blockbuster Black Panther. Being a DP means you're in charge of all the cameras, everyone who operates them, the electricity on set and the look of the entire film.

"The cinematographer's basically translating the director's vision into imagery," Morrison says. She leads the way down a set of outside stairs to her basement office at her home in the Mount Washington neighborhood of Los Angeles. "It's such a mess down here."

It's not that messy — merely crammed with art books, Black Panther comics and the DVDs she draws upon for reference and inspiration.

"A lot of the classics," Morrison says. "Godfather. Raging Bull. City Of God. [The] City Of Lost Children. Dekalog. I mean, Kieślowski was such a genius."

But the movie that changed Morrison's life was a foreign film she saw as a teenager in Cambridge, Mass.

"The film for me was this sort of obscure, French-Canadian film called Leolo," Morrison says. "It was playing in the Harvard Square Theater, and I think I had probably gone to see something else, and it was sold out. And I was like, 'Oh, I'll check out this film instead,' and it just blew my mind."

At the time, Morrison was transfixed by lush, surreal stories such as Leolo and the magical realism of writers like Gabriel García Márquez and Salman Rushdie. "Which, interestingly, is not at all the direction I've gone with my cinematography," she says.

Morrison's big breakthrough was with Fruitvale Station, an acclaimed 2013 movie that looks almost like a documentary. It was based on the real-life killing of a young black man by a transit police officer in Oakland, Calif. The film was also the breakout for director Ryan Coogler, who collaborated most recently with Morrison on Black Panther.

When Coogler made his "Rocky" movie, Creed, a few years ago, he asked Morrison to be director of photography. But the timing was off: Morrison had just gotten pregnant.

"I could totally shoot pregnant," she says. But she could not disrupt a shooting schedule by giving birth in the middle of making a film. Being both a mom and a director of photography is not exactly a Hollywood norm.

"I looked for a model before having my son," she says. "I sort of wanted to reassure my wife it could be done, and I quite frankly couldn't find one. Like, most of the [directors of photography] I talked to were men, and most of them were on their third marriages and had kids from different wives, and kids that weren't talking to them, and kids whose graduations they'd missed. There was some amount of remorse, and others saying, 'Don't make the mistakes I did,' and others who sort of said, 'That's just the nature of the business.'"

Morrison is 39, but she looks younger, and she's used to being mistaken for a hair and makeup artist or as part of the catering crew. On Black Panther, where she was director of photography, Morrison once hopped in a van with the first assistant director — also a woman — to get to set. But the driver refused to budge.

On the set of Mudbound, Morrison was part of an intentionally female-led crew. The Netflix film follows the fortunes of a black family and a white one, hardscrabble farmers in the rural South.

Director Dee Rees remembers how Morrison positioned the camera during an especially tense scene. A young female sharecropper appears at the farm, brandishing a knife while two little girls play in the yard nearby. Murder is on her mind.

Rees says she loved Morrison's understated, elegant eye. So did one of the giants of cinematography. Before he died in 2015, Haskell Wexler (Who's Afraid Of Virginia Woolf?, One Flew Over The Cuckoo's Nest) saw Fruitvale Station and invited Morrison over for lunch.


"He actually said that what we did in Fruitvale was everything he aspired to do his entire career," Morrison says. She's proud, yet slightly abashed. "And it makes perfect sense. He made documentaries and he made narratives, but this was a film that really kind of blended both. So it was probably the most meaningful compliment I will ever get."

For a second, Morrison's eyes filled with tears, and then she laughed.

"He also made me hold his Oscar and said, 'You're gonna get one of these one day,' which I thought was crazy at the time," she says.

Maybe her historic nomination is connected to Wexler's legacy, she ventures. And then, part of it is more complicated.