Formerly a Hollywood screenwriter (of My Favorite Year, Welcome Back, Kotter, and more), Dennis Palumbo is a licensed psychotherapist and author. His mystery fiction has appeared in Ellery Queen’s Mystery Magazine, The Strand and elsewhere, and is collected in From Crime to Crime (Tallfellow Press). His series of mystery thrillers (Mirror Image, Fever Dream, Night Terrors, Phantom Limb, and the latest — excerpted on Littsburgh! — Head Wounds) all feature Daniel Rinaldi, a psychologist and trauma expert who consults with the Pittsburgh Police.
Start Reading
Praise for Dennis Palumbo’s Daniel Rinaldi Series:
“Accomplished writer Dennis Palumbo calls his latest novel Head Wounds and the grim title should serve as a warning. This psychological thriller has some fine language and a strong narrative pull that keeps the pages turning, but the series of crimes that occur are unnerving…People in the story wear Pitt Panthers and Steelers sweatshirts, drive on the parkway, and get their news from KDKA. Mr. Palumbo often does more than just mention Pittsburgh landmarks; he characterizes the city in both positive and negative ways…As Head Wounds rolls to its clever, crazy gothic conclusion, no one could accuse Mr. Palumbo of being flat. This is the fifth book in his Daniel Rinaldi series and most readers will hope Dan lives to see a sixth.”
— Pittsburgh Post-Gazette
“Head Wounds delivers relentless action toward a climax as vivid and harrowing as anything I’ve ever read.”
— Joseph Finder, New York Times best-selling author of The Switch
“The character of psychologist and trauma expert Daniel Rinaldi gives great heart to this story and elevates it to novelistic heights.”
— John Lescroart, New York Times best-selling author of Damage
“Lovers of noir will enjoy Dan Rinaldi’s fast-paced adventures. Rinaldi, an empathic therapist, is on call to the Pittsburgh police. He needs every ounce of his Golden Glove skills to survive the violent world of Pennsylvania politics.”
— Sara Paretsky, Mystery Writers of America Grand Master, author, V.I. Warshawski novels
“A gripping thriller, chock full of the desired twists and cliffhangers, with the added layer and intriguing access of a therapist narrator/detective. A page turner!”
— Aimee Bender, New York Times best-selling author of An Invisible Sign of My Own 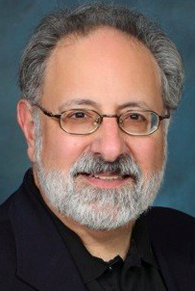 What do the recent films Unstoppable, The Dark Knight Rises, and Jack Reacher — as well as popular TV series like This is Usand Mindhunter — have in common? They were all shot in Pittsburgh, Pennsylvania and the surrounding areas.
Why?
Probably because of its undoubted cinematic appeal. Pittsburgh has a sprawling network of neighborhoods that are full of character, steep hills and rolling streets, venerable buildings and parks, and the famous Three Rivers… not to mention some handsome tax breaks provided by the state for today’s filmmakers.
These same vivid, colorful traits (minus the tax breaks) hold true for a spate of recent novels, particularly mysteries and thrillers, set in the Steel City. Authors such as Kathleen George, Thomas Lipinksi, J.J. Hensley, and K.C. Constantine have made good use of Western Pennsylvania’s unique flavors and tints, and of the cluster of small, industrially-depleted towns that surround the urban core.I must admit, I’m prejudiced about Pittsburgh as a setting for mysterious goings-on. I was born and raised there and graduated from Pitt. Though I’ve lived in Los Angeles for many years, the Steel City still exerts a powerful pull on my memory. Which is why, when deciding on a setting for my own series of mystery thrillers, featuring psychologist and trauma expert Daniel Rinaldi, I chose my home town. 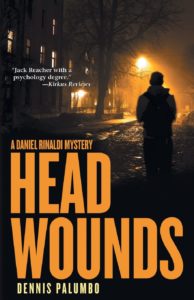 But not just for nostalgia’s sake.
Pittsburgh’s an amazing place, an amalgam of old and new, a shot-and-a-beer town colliding with the Information Age. The steel mills I used to toil in during summers between college semesters are all gone; in their place are sleek, modern buildings where software designers and MBAs work. Run-down sections of the city have been gentrified, with the higher real estate values and tony shops that accompany such startling changes.
Moreover, with its huge financial endowments — from such fabled families as the Mellons, Carnegies, and Heinz — Pittsburgh’s become known as much for its state-of-the-art universities, museums and hospitals as for its sports teams. As well as its innovation. For example, it’s arguably the world’s pioneer in robotics and nanotechnology.
In many ways, it’s these changes that truly represent the transformation of blue collar into white collar. Except that the vestiges of the old Pittsburgh I grew up in are still felt around the edges, still apparent in the weathered turn-of-the-century buildings, the neighborhoods, the immigrant values and loyalties.
Traits I know about all too well.
As a child, my Italian-American parents were horrified when they learned that, during lunch at school, I’d often trade my homemade fried eggplant sandwiches for more “American” peanut butter-and-jelly. These days, adult visitors to Pittsburgh are just as likely to seek out trendy restaurants for that same Italian food (adjusting for inflation, I shudder to think of the PB&J exchange rate).
It would’ve been hard to imagine back when I was working summers at J&L Steel Works, part of seventeen miles of steel mills that no longer exist.* Along with my fellow students, I wore the traditional yellow hard hat that marked me as a newbie. And made us a much more convenient target for the soda bottles, tuna fish cans and other refuse dropped on us from above by the crane operators. Part of the blue-collar way of life in the mill back in the sixties, as were the ethnically-separated work crews and the occasional visits by Teamsters, unloading “misplaced” goods from the backs of trucks.
Then there were the longed-for breaks from the mill’s relentless heat, when, having fallen into an uneasy truce, we college kids and veteran mill hunks sat together on the tar-paper roof, overlooking the Monongahela River, drinking Cokes and listening to Pirates games on transistor radios.
Now that nostalgia-tinged Pittsburgh, like its steel mills, is pretty much gone. No better example comes to mind than when my mother’s brain tumor was removed some years back by a radical new surgery in a world-famous hospital unit, one of whose previous patients was the Dalai Lama. It’s part of a complex of new buildings — like so many springing up in the urban core — whose construction required the demolition of the older ones which had stood before.
No matter how welcomed or needed, change comes with a psychic cost. This is as true for a city as it is for an individual, and I believe it’s certainly true for Pittsburgh. It’s this tension between old and new, darkness and light, that makes the steel city such a fascinating place.
And such an excellent setting for a murder mystery, as more and more authors are beginning to discover as they lead their characters down the mean streets of Pittsburgh…
–Dennis Palumbo