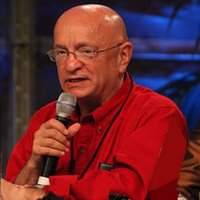 "Never cease to communicate what you do and how much you love it."


Dr. Ken Atchity (Yale PhD) resigned his tenured position as professor of comparative literature to pursue the least secure profession imaginable: that of a literary manager-producer—a story merchant. Since then he’s founded five companies, develops, sells, and publishes books and produces movies (30+ to date). Meanwhile he’s written over twenty books, fiction and nonfiction, of his own and set up nearly 20 New York Times bestsellers for clients. His most recent released film was The Meg, which has earned over half a billion dollars worldwide. It only took 22 years to get to the screen!

Where did the idea for your company come from?

I named my umbrella company Story Merchant to honor my ancestors, the ancient Phoenicians, traders extraordinaire, who invented the alphabet to facilitate their trade in stories from India to Egypt, from Gibraltar to the Middle East. This is why we find the same scenes in the Odyssey as in the Ramayana—where Odysseus or Rama strings a bow and shoots an arrow through 12 axes! An ambassador from Yemen once called me a story merchant, and explained the history to me. On our logo, the two symbols are the first and last letters of the Phoenician alphabet.

What does your typical day look like and how do you make it productive?

Born on a farm, I love waking up well before the sun. I read for an hour with my coffee, then work on my various writing projects—novels, nonfiction, and scripts—for two hours and then go to tennis or the gym at 8. When I return around 10, I handle the dozens of projects I’m managing or producing using a “rotation” method based on my attention span for each project and their priorities.

How do you bring ideas to life?

It’s a simple formula, really: vision + persistence. Neither without the other.

What’s one trend that excites you?

The proliferation of channels demanding stories for insatiable audiences continues to excite me.

What is one habit of yours that makes you more productive as an entrepreneur?

Figuring out my attention span for each activity I engage in, and being careful not to exceed it.

What advice would you give your younger self?

I’d say, “Younger Self, start doing what you love even younger than you did. And I started doing that when I was about 10.”

Tell us something that’s true that almost nobody agrees with you on.

1. Everything is predictable in retrospect.2. You always find out everything if you wait long enough.3. I’m such a hard coach that clients sometimes leave me; but they nearly always come back.

As an entrepreneur, what is the one thing you do over and over and recommend everyone else do?

Never cease to communicate what you do and how much you love it.

What is one strategy that has helped you grow your business?

Figuring out what writers need, and providing a service to provide it. That’s why there are several “Story Merchant Companies”—The Writers Lifeline, for editing and ghostwriting; Story Merchant, for coaching and representation; Story Merchant Books for publishing; and Atchity Productions, for producing stories we’ve developed through one or another of the companies.

What is one failure you had as an entrepreneur, and how did you overcome it?

Impatience is a failure in the creative business. You overcome it with patience. I always said, “Patience is my middle name,” but now I say, “it’s also my first name and my last name.””

What is one business idea that you’re willing to give away to our readers?

Somebody should start a business just recording stories on video–a kind of WIKIPEDIA for stories.

What is the best $100 you recently spent? What and why?

I travel a lot, and the best $100 I’ve spent in a long while was to get a Global Pass to avoid the long reentry custom lines.

What is one piece of software or a web service that helps you be productive? How do you use it?

I’m in love with my ACT database.
I keep absolutely everything in it; emails, telephone conversations, reminders about things that entry might be interested in.

What is the one book that you recommend our community should read and why?

Read my Quit Your Dayjob and Lead the Life of Your Dreams, to shorten the time between doing what you have to do and doing only what you want to do.

What is your favorite quote?

The universe is made of stories, not of atoms.—Muriel Rukmeyer