What is a Beat Sheet? 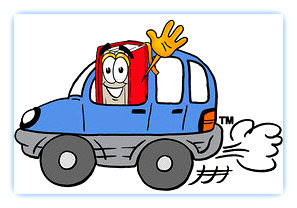 A beat sheet is a writing tool used by film industry writers, directors, and producers to identify in broad strokes the sequence of events, and actions in a story. It is an abbreviated way to break down the structure of your story, making it easier to organize and change.

Create a beat sheet by using bullet points that illustrate in one or two lines the order of your plot’s progression. Remember plot takes place when a character does something or acts upon another character.

A beat sheet is a diagnostic tool, not an end in itself. There are no hard and fast rules—it’s like jotting down the main turns on the map that takes you to the end of your story.

Then you let a road guide take a look at it, to make sure it’s going efficiently where it is meant to go.

When you actually drive there, you’ll know where you’re going—and you’ll know that your creative time not only knows but has helped you make the best possible route.

Here is an example of a beat sheet for Story Merchant.


· A tight-knit group of six graduate students, all best friends, are conducting an historical excavation of a colonial church in Boston. The church had been recently burned down. They are led by an eccentric professor. The students are history grad students.

· Beneath the new church, one of the grad students comes across a previously unknown room. In fact, it's a crypt.

· They enter the room, which is burned and destroyed, and unstable at best. Dirt sifts down from above. Timbers creek. The professor finds an unusual leather pouch of coins buried with one of the corpses. He picks up the bag.

· Immediately the room starts to collapse. The students make it, but the professor is killed. His hand, the only part of him not buried, is still clutching the bag of coins.

· The professor’s corpse is later removed, and the six shocked students attend his funeral.

· Days later, the six students gather in a sort of tribute to their killed professor. They gather inside his office on the university, drinking, remembering the old man.

· The professor’s wife arrives, grieving. She hands them the bag of coins, found on the professor’s body. Since the coins are part of the excavation, she wants the students to have them to further their research.

· They open the bag and count out thirty silver coins, all ancient. Could they be the thirty coins used to betray Christ? Some of the students scoff at the idea, but others believe.

· One of the students, Gerald, an intern at the Boston Museum, has had considerable experience in dating artifacts. He tests the coins and concludes that they are over two thousand years old.

· Valery, a student at the Harvard Divinity School, uses history books to place the coins. She’s confidant that they are from the time of Christ.

· Two of the students, Robert and Piers, go out on the town. Robert immediately gets into a fight at a local club and is stabbed to death.

· The remaining five friends are in shock, horrified. Two deaths in one week. Julie, who’s into the arcane and the occult, does some more research. She discovers that the Judas coins are thought to be cursed, and she’s beginning to believe it.

· Sheila brings in a numismatist, who states that the coins could be potentially worth millions if sold to the right collector. The coins have only been rumored to exist. They have on their hands a major find.

· The students argue over who should oversee the coins, now that the coins are valuable. They quickly begin losing trust in each other. They decide to use the museum’s safe.

· Later, Piers and Julie, who are engaged to be married and have known each other since they were kids, suggest that they sell the coins, and share the money. But Sheila reminds them that the coins are not theirs to sell. They belong to the parish, and she thinks they should give the coins back.

· That night the others find Sheila dead. Fallen from her fifth floor dorm room. Her death is ruled a suicide by the police.

· The remaining four students secretly wonder if Sheila’s death was truly a suicide. None of them have alibis.

· Piers is losing it. He believes the coins are cursed and they need to be destroyed. Julie and Gerald go down to the museum to find the coins. But the coins are gone.

· They all suspect each other of stealing them, leading to another murder.

· The three remaining students have decided toss the coins into the Atlantic. Just as they are about to do so, Gerald turns a gun on them.

· They fight and Gerald is killed, falling overboard, leaving only Piers and Julie.

· Piers turns around to see his fiancée Julie holding a gun on him. She wants the coins. He tosses them to her, and she promptly pulls the trigger.

· Alone, with five of her one-time best friends now dead, Julie turns the sailboat back to shore.

· In the distance a storm is coming, and the seas are choppy. Lightning illuminates the entire sky, revealing ominous thunderheads. The little sailboat rises and falls on the massive swells, standing little chance against nature’s fury—and the curse of the coins.

~ Excerpt from Writing Treatments that Sell 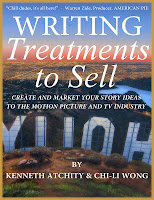