On May 15th, by the invitation of President Xi and First Lady Peng Liyuan, Andrea Bocelli performed at the Beijing National Stadium in front of over 1.7Billion viewers on live TV and streaming. 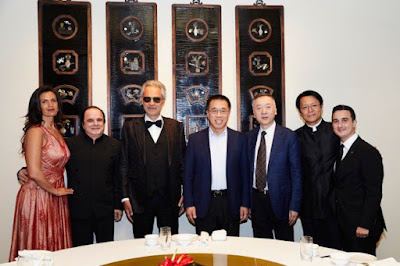 This portion of the program was produced by Jules and Frankie Nasso, Nova Entertainment Group, working throughout China, Italy, the US and the UK to deliver Maestro Bocelli to a live audience filled with Presidents and Leaders from 48 Asian Nations, from Australia to Israel to Japan and beyond.

This was the largest government-sponsored entertainment event ever hosted in China, with over 8,000 performers on stage throughout the evening.